The defeat of polio proved that immunisation saved lives, but there’s a sting to the tale – The Guardian 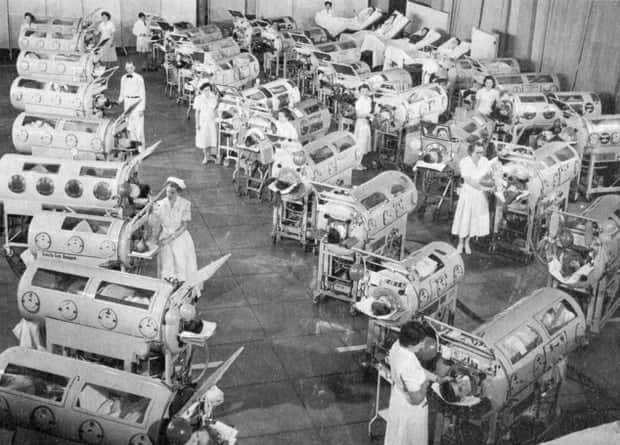 Iron lungs help polio patients breathe during an outbreak of the disease in the US in the 1950s. Photograph: Science History Images/Alamy

Half a century since its eradication in the west, it is hard today to appreciate the terrible effect that polio had on people’s lives then and how feared it was as a disease. The virus killed hundreds every year in the UK alone, and left thousands afflicted with long-lasting paralysis.

A list of noted figures who contracted polio in their youths reveals its global impact. Among those who suffered were Arthur C Clarke, Donald Sutherland, Mia Farrow, Francis Ford Coppola, Joni Mitchell, Neil Young, Frida Kahlo and many others.