Learning to fly again after a spinal injury – Disability Horizons

April 23, 2019Comments Off on Learning to fly again after a spinal injury – Disability Horizons02k

Wheelchair user Andy Knight hasn’t always been disabled. He used to be a pilot, but after a spinal injury, his career and life took a different turn. Years on, he’s remained in the aviation industry, now working for Heathrow as an Aircraft Operations Manager. Here he talks about his injury, how he came to terms with his new disability and retraining. Plus, read his top tips for anyone flying with a disability.

I was born in New Zealand and grew up there. From as early as I can remember, I was obsessed with flying. As a child I looked at birds with envious fascination, it didn’t seem fair that they could take to the wing whenever they wanted to, and I couldn’t.

I flew solo for the first time at 16, then gained my private pilot licence at 17. Going beyond that stage is financially challenging and it took me a few more years to collect the necessary professional qualifications to begin working as a pilot. I started out in my first flying job as a flying instructor in my early twenties.

The aviation industry, career-wise, is notoriously slow in New Zealand. As my father is English, born in London, I was entitled to become a British citizen. So I decided that adventure, fortune and a glamorous flying career awaited me on the other side of the world.

When I arrived in the UK I had to sit more than a dozen aviation examinations – my New Zealand licence wasn’t recognised here. I finally got through them and the final hurdle was to complete some flight training to prepare for a practical flying test. But, before that, I decided to take a short break and visit New Zealand for a friend’s wedding. I never made it. I ended up in hospital in Singapore instead.

At the airport, I found it a little difficult to walk, but I didn’t think much of it (I’d had food poisoning just before). During the flight, I found it difficult to undo buttons and zips on my clothing, and even harder to do them up again.

During my stopover in Singapore, I was struggling to walk more than 100 metres without needing to sit down and I found it hard to hold a pen and even press the buttons on my mobile phone. The next day I saw a doctor and before I knew it I was seeing a neurologist who admitted me to hospital after an MRI scan.

As it was clear I would need a number of tests, my travel insurance company bought me back to the UK – the medical bills in Singapore were astronomical. I was eventually diagnosed at Charing Cross Hospital with ependymoma, a rare form of cancer that affects the spine and the brain. It’s usually one or the other; in my case, it was both.

I had a tumour the size and shape of my little finger attached to my spinal cord and another that resembled a lettuce leaf had spread through the occipital lobe in the base of my brain. At the time I was in a daze, I didn’t really take it all in. I was told that both tumours were benign, but that the one in my spine needed to be removed and the other treated with radiotherapy.

But, after waking up from surgery, I soon figured out that I couldn’t move my legs or feel anything below the level of my chest. I had suffered a spinal cord injury during surgery. 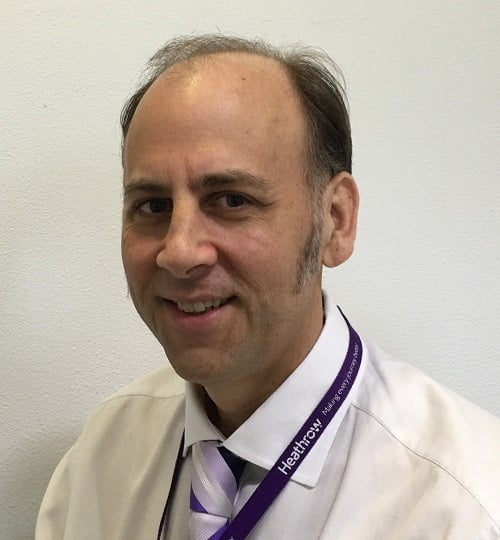 Learning to live with a spinal cord injury

It took a long time to recover because of other complications, so I was there for months and became very depressed. I was completely dependent on nurses and doctors for absolutely everything – moving, bathing, dressing, and eating. I couldn’t even hold a knife and fork and remain sitting upright unassisted.

Once radiotherapy was completed, I was transferred to the National Spinal Injuries Centre at Stoke Mandeville. By the time I left there, it was clear that I was going to be paraplegic and a wheelchair user for the rest of my life. Despite hours of physiotherapy and various other treatments, the damage done to my spinal cord was simply too much. I could no longer stand or walk.

By now I had spent 14 months in hospital, I was institutionalised, dependent on others, and angry. It took me a good couple of years to snap out of it.

I eventually figured out there was a simple choice between sitting around doing nothing and feeling sorry for myself, or picking myself up and doing something positive with my life. I discovered that feeling intentionally miserable every day consumed a huge amount of energy. Why not put that energy into something useful?

Purple Tuesday Survey – The voice of the disabled customer

Accessible Housing for Disabled People – how accessible is it? – Branch Properties