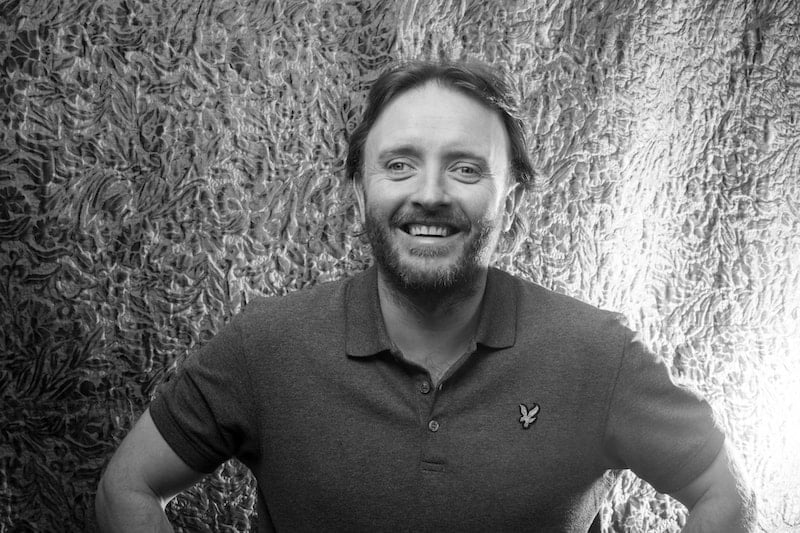 Chris McCausland is a 43-year-old blind stand-up comedian and actor originally from Liverpool but now living in South West London. He has been touring the comedy circuit for more than 15 years and is best known for playing Rudi in the programme Me Too! on CBeebies.

Our writer, Emma Purcell, speaks to Chris McCausland about living with his eye condition retinitis pigmentosa, his career in comedy and acting, and his marriage to his wife Patricia.

Chris McCausland as a blind person

When did your eyesight first deteriorate and when were you diagnosed with retinitis pigmentosa?

My eyesight has deteriorated steadily throughout my whole life, with most of it going during my late teens.

I was diagnosed with retinitis pigmentosa (RP) early on, but over the years it’s been presented under all sorts of new and original names, from the rather dull and generic-sounding macular degeneration to the cool and groovy inverse cone-rod dystrophy.

How much vision do you currently have and will your sight continue to deteriorate?

I am sure that my sight is still deteriorating at the rate it always has, but it has long passed the point where I notice any difference. A load of blurry lights is much the same as a load more of blurry lights.

Do you use mobility aids and/or assistive technology to carry out daily tasks?

I used to have a guide dog, but it turns out that he wasn’t very good. It was my first dog and so I didn’t really have a frame of reference. He used to take me wherever he wanted to go and didn’t really listen to me. Maybe he was deaf, which would be ironic, I suppose.

I do have a cane, but in all honesty, I’m not very good with using it. I think maybe I’ve got one leg shorter than the other as I do struggle to maintain that straight line. These days I do prefer to just get an Uber.

I have used technology and access software for the past 30 years. Many years ago, I used ZoomText on the PC before progressing on to using the Jaws screen reader. But I have been a Mac and IOS user now since about 2009.

I am a big fan of vinyl records and use the RNIB PenFriend quite a bit to label all my albums.