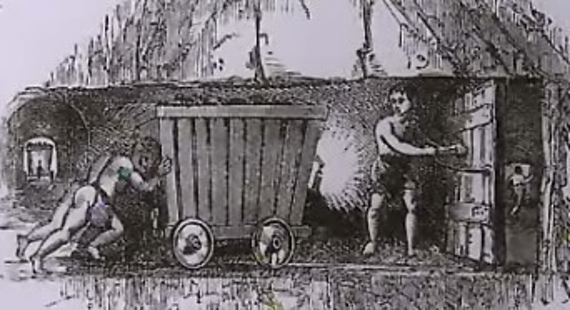 Due to the industrial action taken by the RMT unions, there has been major disruption on the British transport system over these past few weeks. Many future strikes are being proposed by the unions representing a wide variety of professions, ranging from nurses, Royal Mail workers and teachers to barristers. Many of the unions’ reasons for future industrial action is the stagnating wages for its’ members, at a time when the UK’s inflation rates are predicted to rise to 10.1 (https://www.ons.gov.uk/economy/inflationandpriceindices/bulletins/consumerpriceinflation/july2022 ) therefore for the majority of the workers, this means they are going to take a 3% real term pay cut in their wages.

The trade union movement in England was formed in the early eighteenth century, by the poor working classes who migrated from the country to the new growing cities. They were hoping for a better standard of living in the early industrialised towns. Instead, extremely poor exploitive working practices were the norm in the factories, mines and mills. However, the Combination Act received the royal assent on 12th July 1799, which banned two or more workers meeting to discuss their working conditions or their wages.  (https://en.wikipedia.org/wiki/History_of_trade_unions_in_the_United_Kingdom) This effectively prohibited the early trade unions from improving their members’ working environment. Therefore, the early trade unions went underground for over two decades. However, the growing number of discontented mill and factory workers joined their local unions, in an attempt to combat the appalling conditions forcing the government to repeal the Combination Act.

It took the trade unions fifteen years of protest and striking, supported by sympathetic mill-owners to get the Factories Act passed in 1847. (https://en.wikipedia.org/wiki/Factories_Act_1847) The Factories Act restricted young workers’ and female workers’ shifts to ten hours instead of the twelve-hours established three years ago in a previous Factories Bill, brought forward by Sir James Graham.

However, during the seventies the Conservative party was able to introduce legalizations that diminished the power of the trade unions significantly by destroying the mining industry.  Their unions were one of the strongest advocates for the working classes.  In this absence, a new gig economy emerged during the late 20th century and developed substantially during the 21st century. Although the figures are a little hazy, an estimation from the government for the amount of people working in the gig economy is around 15% of the UK population. (https://www.wired.co.uk/article/what-is-the-gig-economy-meaning-definition-why-is-it-called-gig-economy) The gig economy offers workers very few working rights and no sick pay. The trade unions have been opposing this unregulated economy for years.  Also, in other areas of the private sector, the membership of a trade union is strongly discouraged by international corporate corporations, such as Amazon. Predictably, this leaves their workforces vulnerable to low wages and poor working conditions with no recourse for complaints. For instance, McDonald’s employees were on insecure hourly contracts, which meant possibly not getting enough work to pay their bills. (https://waronwant.org/our-work/mcstrike) The lack of a recognised trade union additionally left employees exposed to bullying and sexual harassment. However in 2017, a new trade union for workers in fast food chains called McStrike joined together with the Allied Workers’ unions, (BFAWU) to go on strike for the first time ever. McStrike won their members and all McDonald’s employees across the UK their highest pay rise in over a decade.

Given the future predicted UK inflation rate for early 2023 is 15%, the trade unions’ fight for better wages seems to be strongly justified, even necessary for the vast majority of the population. So, in response to the government’s constant attempts to paint the unions as greedy organisations, I would ask only this: how is securing safe fair working environments and wages that cover an average worker’s bills and expenses greedy?