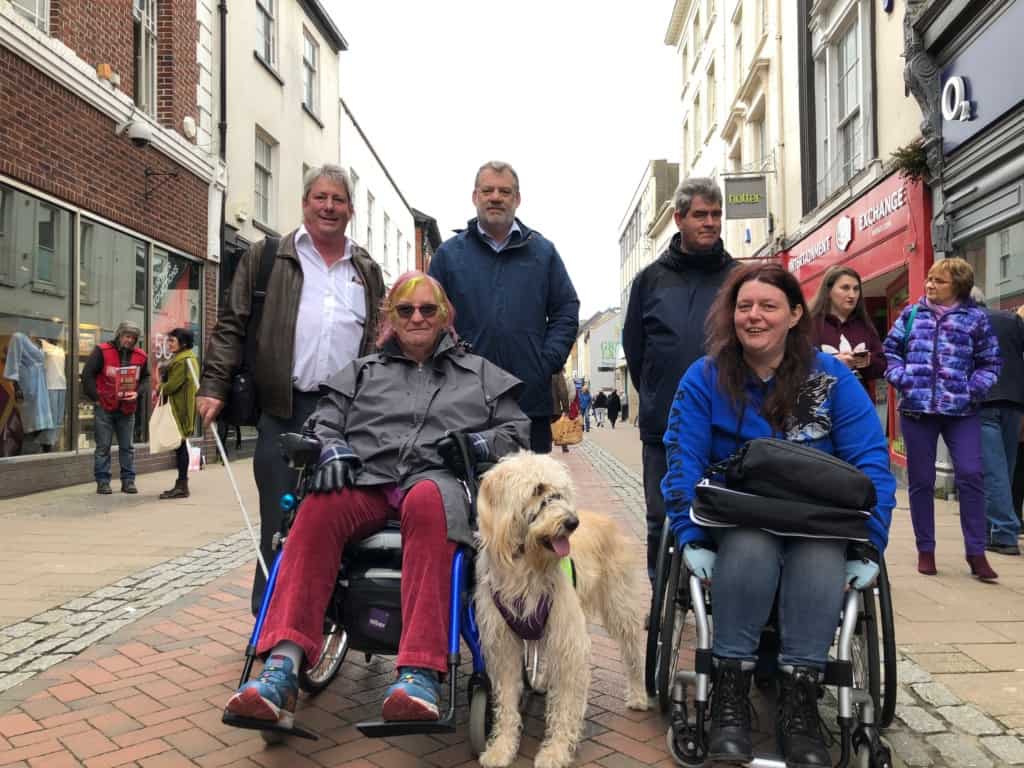 Issues on how visually impaired and disabled people are able to navigate Barnstaple Town Centre have been laid bare with the visit of one of the UK’s leading blind charities.
Officers from the Royal National Institute for the Blind (RNIB) visited Barnstaple last week to examine some of the issues faced by visually impaired people in the town.

Among the issues presented to them were the uneven paving on Barnstaple High Street, accessibility issues along Butchers Row, and the shared vehicle and pedestrian space along the Strand.

Other issues included advertising A-boards, cars parking on pavements and cyclists coming up and down the High Street.

The charity was invited down by Mr Harvey, who was keen for the charity to come back to the town to follow up on their visit in November 2017.

Mr Harvey said the provision for visually impaired people had not improved.

“Since the visit in 2017 things are about the same, but there are different issues now. I certainly don’t think it’s improved.

“I made contact with the RNIB because I get so frustrated with things like the potholes, paving, A-Boards and people parking on pavements.

“There are still people parking on pavements, still cyclists on the pavements and down the High Street.