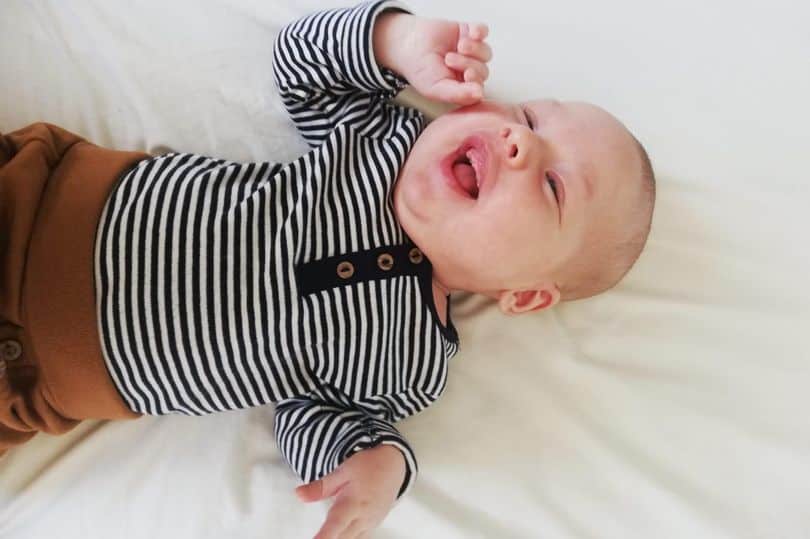 Lying in the Intensive Care Unit of Royal Manchester Children's Hospital, baby Haris Khan listens to some of his favourite songs.

His mum Renata and dad Shakeel are especially fond of one about a blue elephant.

They tell Haris the blue oxygen mask he has to wear to help him breathe is just like the elephant's trunk.

Sharing a video of Haris with the Manchester Evening News , Shakeel breaks down in tears and can no longer watch.

These could be some of the final memories he makes with his son.

On February 14, specialist doctors told the family Haris has type 1 Spinal Muscular Atrophy (SMA), a devastating genetic condition that affects the nerve cells needed to control the muscles we use for moving, swallowing and breathing.

One in 40 people are a carrier of the faulty gene and in the most severe cases, such as Haris, children rarely live beyond two years, making SMA the leading cause of death in babies and toddlers in the country.

Until November last year, the NHS was funding a treatment called Spinraza which has had some phenomenal success.

The first British girl to receive it, Annabelle Rose Thomas came off breathing support, can swallow food and has even ridden a horse.

But last summer, the National Institute for Health and Care Excellence (NICE) said it was not recommending Spinraza be available on the NHS in England because the cost was deemed 'too high for it to be considered a cost-effective use of NHS resources'.

It remains available in Scotland.

Biogen, the company which makes the drug, charges almost £600,000 for it in the US market.

It is offering Spinraza at a lower price of £450,000 for the first year in the UK, and offered an undisclosed discount to the NHS, but it was still not enough.

That it is a heartbreaking decision to accept for Shakeel, 31, Renata, 26, and Haris' nine-year-old step-brother Marijus, who live in Wythenshawe.

"This is England, it's not a third world country," said Shakeel.

"My family are from Pakistan. I'm born here, my dad had cancer removed the day Haris was rushed to hospital but we can't help a little kid who's six months old with a genetic illness?"