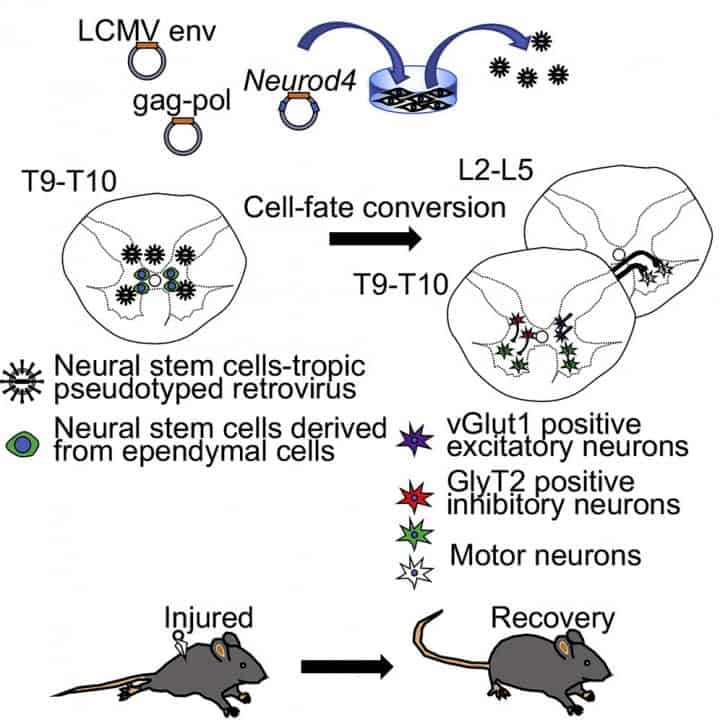 Nagoya University researchers have identified a gene that plays a crucial role in regenerating neurons of African clawed frog tadpoles, which has an unusually high capacity for nerve regeneration. Their study, recently published in the journal iScience, showed that introducing the gene into mice with spinal cord injury (SCI) led to a partial recovery of their lost motor functions. These findings could contribute to the development of a new therapy for SCI, which often causes a person to experience permanent and severe physical and neurological disabilities.

Repairing spinal cord injuries in humans and other mammals is difficult, partly because of their limited ability to repair and regenerate neural tissues in the spinal cord. In contrast, there are animals with a high capacity for nerve regeneration, such as the African clawed frog. “As a tadpole, it is fully capable of functional recovery after a spinal cord injury,” said Drs. Dasfne Lee-Liu and Juan Larrain from the P. Universidad Catolica de Chile in their study, “Genome-wide expression profile of the response to spinal cord injury in Xenopus laevis reveals extensive differences between regenerative and non-regenerative stages,” published in 2014.