July 15, 2019Comments Off on Surging cases have dashed all hope that polio might be eradicated in 2019 – Science Magazine01.8k 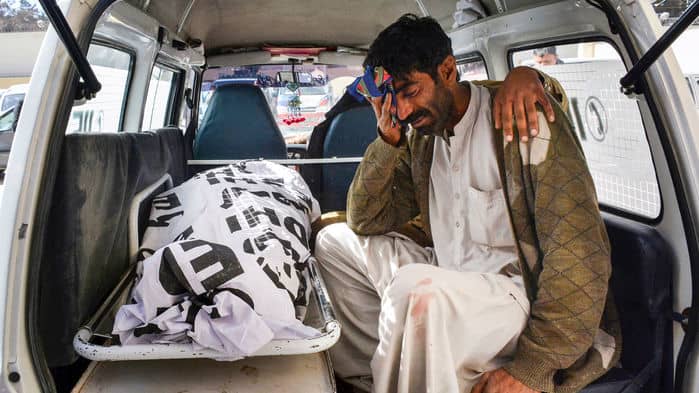 The global initiative to eradicate polio is badly stuck, battling the virus on two fronts. New figures show the wild polio virus remains entrenched in Afghanistan and in Pakistan, its other holdout, where cases are surging. In Africa, meanwhile, the vaccine itself is spawning virulent strains. The leaders of the world’s biggest public health program are now admitting that success is not just around the corner—and intensively debating how to break the impasse.

“The biggest problem for me for a long time was recognizing that we truly have a problem, and business as usual will not get us to the finish line,” says Roland Sutter, who leads polio research at the World Health Organization (WHO) in Geneva, Switzerland, where the polio eradication effort is based. “The rose-tinted glasses are off,” adds longtime program spokesperson Oliver Rosenbauer of WHO. “Now, really tough questions are openly being asked—questions that even 12 months ago no one asked.”

The program, which has spent $16 billion over 30 years, had planned to eradicate polio from Pakistan and Afghanistan this year (only the latest of many deadlines). Instead, almost four times as many cases have occurred there so far this year than in the same period in 2018. At 51, the total number of cases may still seem low, but only about one in every 200 people infected with the virus develops paralysis, meaning thousands have been infected. The virus is circulating widely: A strain from Karachi, Pakistan, has popped up in Iran. Adding to the worries, the spike occurred in the low season, when viral transmission subsides—a harbinger of worse to come in the second half of the year.

Pakistan and Afghanistan are considered one epidemiologic block, with the virus flowing freely across the border. The main problem in both countries is that the massive vaccination campaigns held every few months are still not reaching every child.

In Pakistan, national elections in July 2018 distracted government officials, and the quality of the vaccination campaigns slipped. Meanwhile, the poor, neglected communities where the polio virus lurks are increasingly refusing the vaccine. Lacking running water, sanitation, and basic health services, people face far more immediate health threats than the now-slim chance of contracting polio, and they don’t understand why vaccinators arrive with only polio drops. Since the government began to jail parents who do not comply several years ago, the opposition has gone underground, with parents hiding their children or using fake finger markings to pretend they have been vaccinated.

Type 2 diabetes: Best diet and how to incorporate into your diet to lower blood sugar - Express Next post

Marvel’s Avengers: Hawkeye might be Deaf in a nod to comics – Polygon

Coronavirus: The shielders turning the word ‘vulnerable’ on its head – BBC News

Parkinson’s disease: An early warning sign which is the same as a symptom of COVID-19 – Express