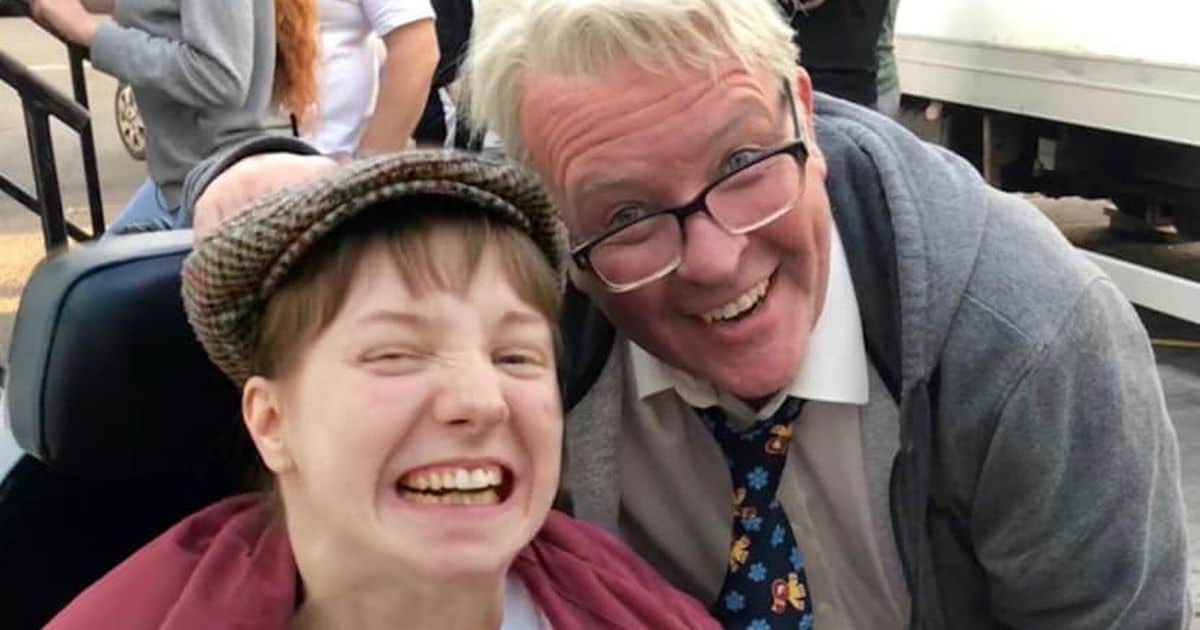 Bernie Hunter has cerebral palsy and uses a speech-generating device to help her communicate when she is out and about.

The 24-year-old has one phrase saved on the machine which would shock most people, should she ever choose to play it.

However, “Get aff the stage, ya fat b******” is not something she uses for anyone but herself.

It’s a cherished memento from her guest starring role on the final series of BBC Scotland’s Still Game. She said: “It was such a big moment for me, I can’t delete it.”

Bernie is the Craiglang gang’s biggest supporter. She set up a fan club on Facebook when the show – created by and starring Ford Kiernan and Greg Hemphill as pensioners Jack Jarvis and Victor McDade – returned to TV screens in 2016 after a nine-year break.

The fan club has grown from having just a few hundred members to more than 6000.

She has got to know all the cast and was invited to see the filming of the first episode of the ninth and final series.

When she was asked if she wanted to appear in a scene and verbally abuse one-legged pensioner Winston Ingram, played by Paul Riley, it was an offer she couldn’t refuse.

She said: “I played the part of a ‘heckler’ in the first episode of series nine. I was invited to the filming and was going to be an extra in the scene.