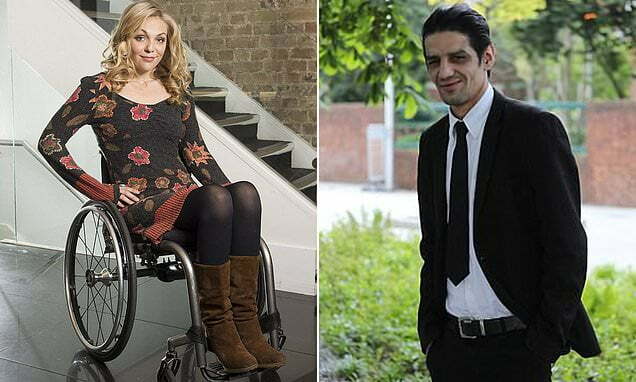 A stalker who sent unwanted Instagram messages to a Paralympic television presenter on an almost daily basis for nine months has been detained in a secure psychiatric hospital.

TV host and model Sophie Morgan said the messages from Robert Keegan, 34, left her 'very scared' and pleading that it 'stop'.

In one message Keegan told the Channel 4 presenter year-old that he wanted to lift her out of her wheelchair and carry her around as 'because it would be romantic'.

After being reported to the police last year and admitting charges of stalking Keagan was given handed with a restraining order and given a suspended sentence.

However he then broke the conditions of his suspended sentence when he tried to make contact with Ms Morgan last October.

At a previous hearing at Camberwell Green magistrates in South London Keegan was accused of sending a large number of unsolicited messages to Ms Morgan via Instagram.

Reporting Keegan to the police again, Ms Morgan said: 'I am at my wits' end with this now. He will not leave me alone and I just want him to stop.'

The Evening Standard reported that at Inner London crown court on Friday, Judge Mark Bishop ordered Keegan to be held in a secure psychiatric hospital until May for assessment and treatment, after advice from doctors.

He has been in prison since his initial arrest in October last year.

Keegan, who has never met Ms Morgan, sent her a vast number of messages on social media between October 2017 and June last year.