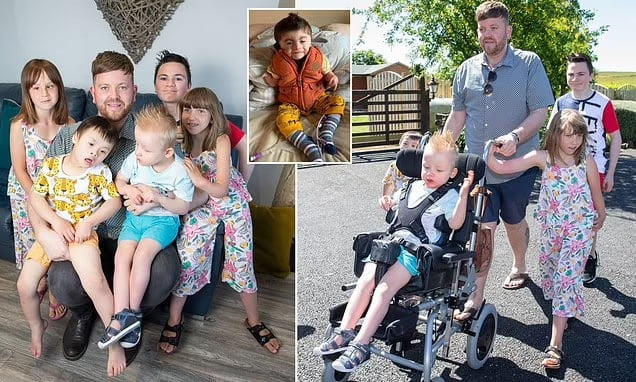 A selfless single man has recently adopted his sixth child after devoting his life to helping children in need.

Single dad, Ben Carpenter, 37, from Huddersfield, has recently adopted his sixth child after dedicating his life to helping children, having adopted his first child at the age of 21.

Ben became the youngest gay man to adopt when he took on his first child at the young at of 21, and has since adopted another five children with special needs over the years after setting out on a mission to help the most vulnerable of children.

Jack, now 14-years-old, has autism and was Ben’s first child. He also has Ruby, 11, who has complex needs, Lily, nine, who is profoundly deaf, and Joseph, aged six, who has Down’s syndrome.

What’s Disabled Parking and Why Is It Important? — Invacare

Chiropractor Or Osteopath: Who Should You See? — Invacare