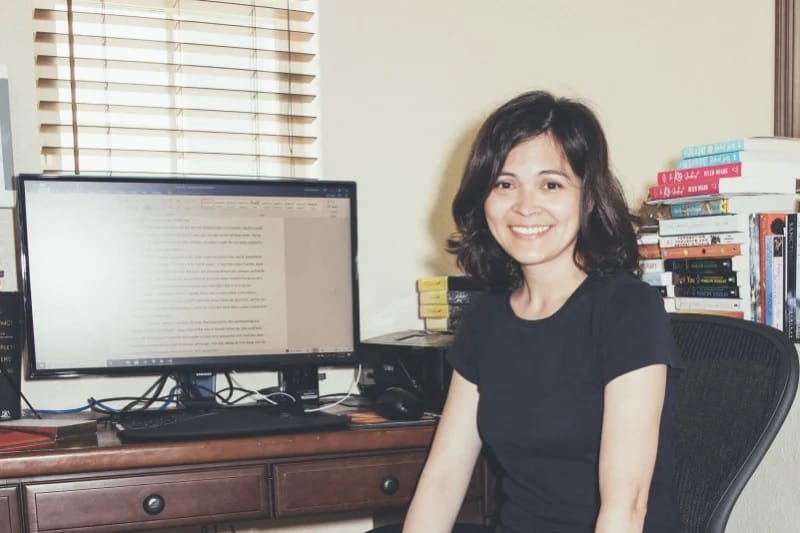 When Helen Hoang was 12 years old, she skipped lunch for an entire week, hoarding her lunch money so she could buy her first romance novel. Hoang soon realised love stories would feed her in a way nothing else could. Eventually she amassed an entire shelf of bodice-rippers. And by the end of high school, she'd written her own. Hoang's first reader was her father, who warned: "If you're going to be a writer, you're going to be poor."

That paternal pronouncement, plus Hoang's sense that "growing up" meant quitting romance novels, led her to abandon them in college. But her brain kept chasing the endorphin rush of imagining two people in the throes of passion.

Now, 25 years later 37-year-old Hoang has published two of her own: The Kiss Quotient and The Bride Test, both of which have received rave reviews.

She is not poor. She is incredibly successful in a genre that is difficult to break into, especially for women of colour. And she's figured out why socialising has always been difficult: At age 34, Hoang learned she had Asperger's syndrome, a high-functioning type of autism. That revelation inspired her to create characters who are also on the spectrum, a trait that had yet to be explored in the romance genre and is resonating with readers.

The Kiss Quotient, for example, follows Stella, a young woman with Asperger's who's never enjoyed sex, so she hires an escort, Michael, to teach her to be comfortable in the bedroom. The portrayal is a revelation, both for readers with Asperger's, who have never seen themselves so accurately or compassionately depicted, and those without, who gain a better understanding of the difficulties of finding love on the spectrum.