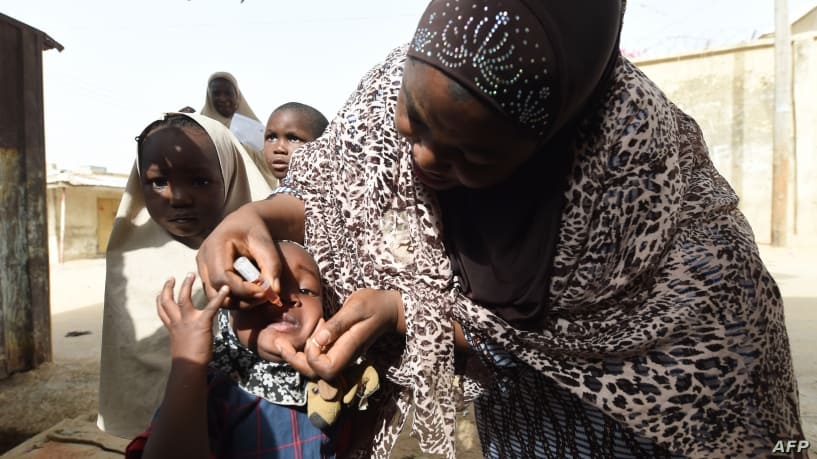 Ayuba Gufwan, father of five, made sure each of his children was immunized against polio at the youngest possible age.

“I was determined to make sure none of my kids got the polio virus,” says Gufwan, who was crippled by the disease as a boy. Though a first vaccine dose isn’t administered before a child reaches two months, Gufwan jokingly describes it as a “first meal.”

Attitudes such as Gufwan’s propelled Nigeria to a new milestone this week: The West African country has gone three years without documenting a single new case of wild poliovirus. It had at least two cases in 2016, according to the World Health Organization (WHO), though that was down considerably from a 2009 outbreak with 258 cases.

At a news conference Wednesday in Abuja, Dr. Usman Adamu said the three-year record “is significant in our quest to achieve eradication.”

The highly infectious disease remains a threat in Nigeria – Africa’s most populous country – as well as in Afghanistan and Pakistan. It primarily affects children younger than 5, WHO reports, noting that one in 200 infections leads to paralysis and, if breathing muscles are affected, even death.

Authorities hope Nigeria can be declared polio-free as soon as mid-2020.

Nigeria’s government has aggressively pushed a vaccination drive. It’s working with international partners – UNICEF, Rotary International, the Bill and Melinda Gates Foundation, the World Bank and the U.S. Centers for Disease Control and Prevention – to train health workers and procure the vaccine. Over the last few years, 400,000 people fanned out across the country to spread awareness about polio and administer the vaccine house-to-house.