At the beginning of lockdown, NHS 111-service said due to my asthma and the cough I had, that I should self-isolate for about 12 weeks.  So I decided to move back home with my parents, as I was concerned about staying on my own with no contact from anyone, plus I was concerned that my mental health might deteriorate and I would start to think about self-harming and not wanting to be around.

As at times I was feeling very low and agitated I spoke to my GP who agreed for me to try and have support during the day for two weeks and to let her know how I was getting on, but not to stay on my own for too long as she was concerned about my mental health.

I have used Mum’s sewing machine to make protective face masks to wear when I go out with mum or support.

One of my activities has been to make mugs specially for Ability Today. I show Grant and Sarah a picture during my supervision and they liked them so much they asked me to make some for the Journalism students.

I joined the on-line journalism course arranged by NCJT and Ability Today. It is run on Zoom every Wednesday afternoon for an hour and a half.  It is only the fourth session but I had found it very helpful, especially with my writing skills and asking the right questions when interviewing people for articles. I am going to be interviewing one of the Boccia England Players soon as part of my coursework which I am quite excited about.

I arranged a street party for VE Day, making sure we all complied with the 2-metre rule. Here are some of the photos from the day. The picture on the left was made by me and mum and was displayed in the porch. The silhouette of ‘Tommy’ was from the British Legion but we made the stand to display it and a poppy from The Tower of London display. 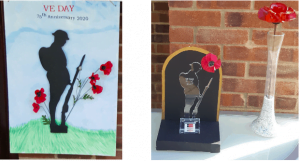 We had bunting all along the hedges as did many of the neighbours to celebrate the day. 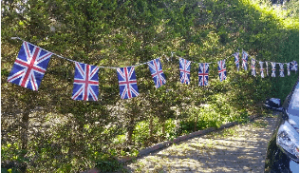 I have included some photos of other activities I have been doing during lockdown to keep me entertained, light box, sweet trolley and block printing on a tea towel for one of the neighbours for Easter. 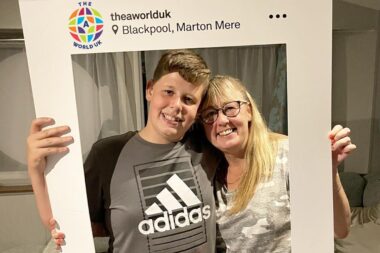 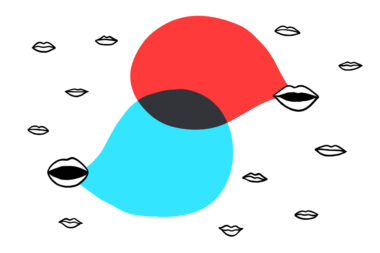 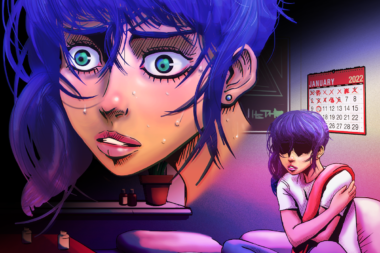 What To Do When Your Chronic Illness Flares Up — Natasha Lipman 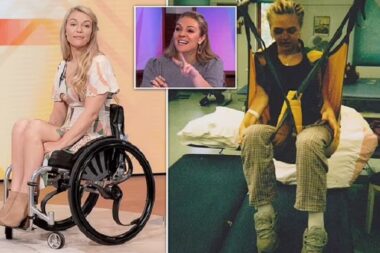 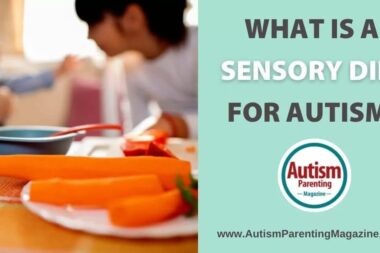 What is a Sensory Diet for Autism? – Autism Parenting Magazine