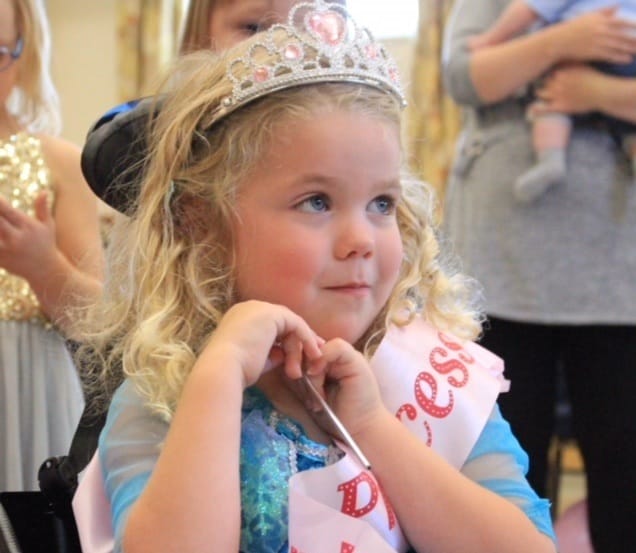 As a parent you never want your child to be ill. And when they are, you want to help them in whatever way you can.

But what if you’re powerless to do anything? What if your child has a condition that will eventually leave them in a wheelchair – and the only medicine that could help is agonisingly out of reach?

My four-year-old daughter, Matilda, is gorgeous, happy and bubbly. She loves princesses, is excelling at school, and dreams of being a doctor when she grows up.

But I fear for her independence when she’s older. That’s because Matilda has a rare genetic condition called spinal muscular atrophy (SMA) Type 3, which means that – without treatment – she’ll ultimately lose the ability to walk.

Matilda sees other children at school doing things that she isn’t able to do and asks, ‘Why can’t I do that?’.

When other children run off in the playground and she can’t keep up with them, she wants to know why she has ‘wobbly legs’.

Recently, she even asked me whether her babies will have SMA. As a parent, it’s heartbreaking.

There is a glimmer of hope: a treatment, called Spinraza. It is available in 24 European countries, as well as the USA and Australia, and can help children like Matilda have a better quality of life.

But it’s not available in England, Wales or Northern Ireland, because it hasn’t been approved for use on the NHS.

It’s absolutely devastating that there is a drug out there that has shown to be effective, but is out of our grasp.