October 15, 2019Comments Off on Memes can now be described to blind people by AI program that recognizes photos – Daily Mail01.4k 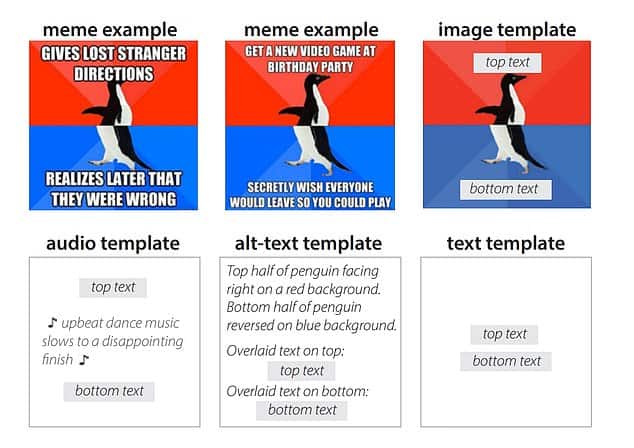 The memes are stored in a catalog that can be accessed and updated when new variations on memes appear.

Memes have taken over the internet, but for people with visual impairments they can be difficult to understand.

A new research project has developed a system to translate memes into a format that’s easier for the 1.3 billion people on the planet with some form of visual impairment.

The project analyzes visual memes and breaks them down into three different templates that will make them easier to understand for people with visual impairments.

The tool, developed by researchers from Carnegie Mellon and Columbia University, takes advantage of a little-known feature of Facebook, Instagram and Twitter that lets users add alternative text to images.
The software compares the new image to those found in its database of stored memes, and then applies one of the three translation templates to it.

How to Navigate Epilepsy Care – University of Kentucky