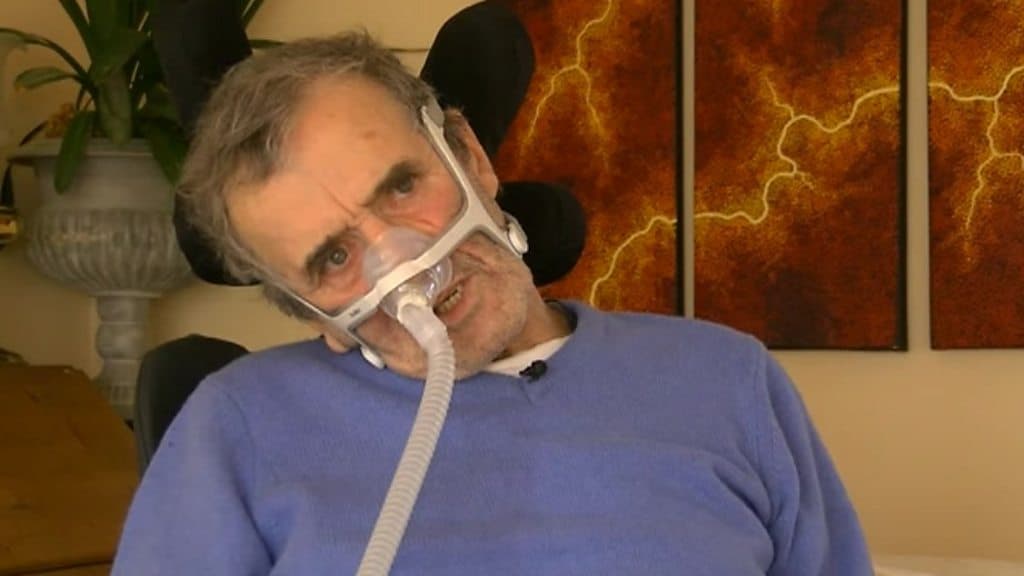 A man with advanced motor neurone disease has died days after giving an interview to raise awareness of the effects of the incurable illness.

John King, 77, from Worcestershire, died on Thursday after removing a mask he relied on for air to stay alive.

After his diagnosis 18 months ago, the businessman had been fed through a tube and needed constant care.

"I think I'm at the right point in my life to make the decision... I have no issue with it at all," he told the BBC.

The method of ending his own life did not constitute assisted suicide, he said.

Mr King had been a regular runner and gym user, but before his death required pumped air through a face mask to be able to breathe and said without it he would die quickly.

He died in a hospice with his wife Elaine by his side.

The grandfather and father-of-two, from Sutton, near Tenbury Wells, said he had planned his funeral with the help of a local celebrant and did not want a "dour affair", but a "celebration of his life".