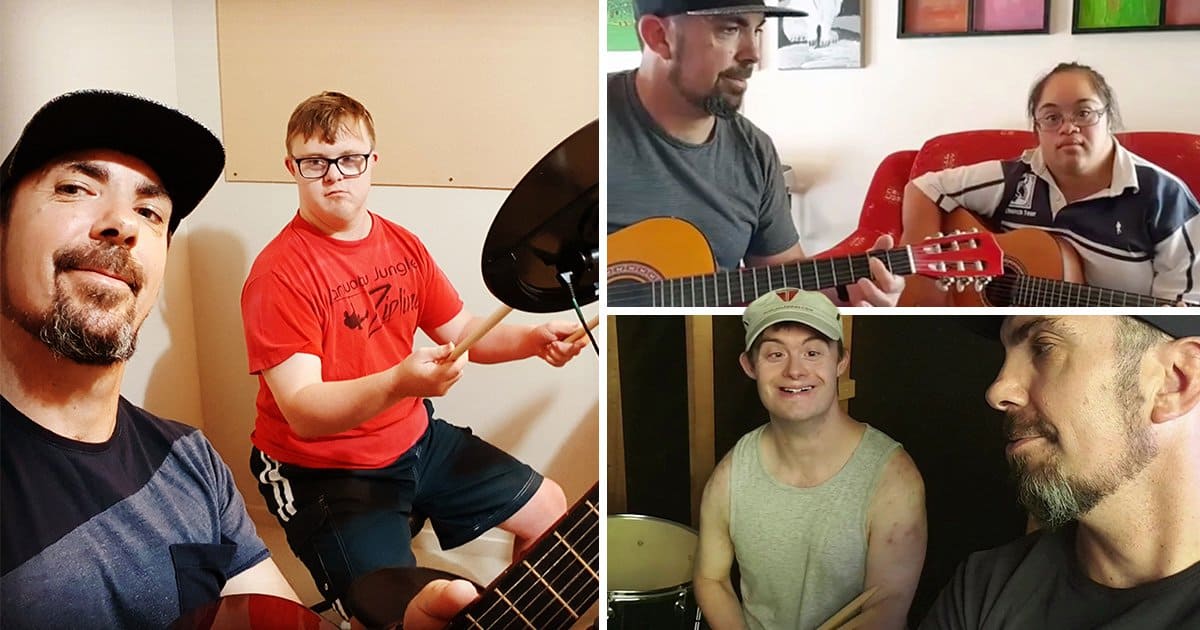 When was the last time you saw a musician with Down’s Syndrome?

Sadly we don’t see a lot of people with an extra chromosome in the mainstream media. But fortunately, in recent years, there has been an attempt to change that.

Rob Mullen, a music teacher, is one of those people working tirelessly to change perceptions.

The teacher has been helping students with learning difficulties, including those born with Down’s Syndrome to learn how to play instruments, sing, and even rap.

The 42-year-old from Hamilton, New Zealand has performed a number of hit singles with students. His duet cover of Snow Patrol’s Chasing Cars with one of his students garnered a huge response online.

Through his work, Rob has helped those who had never even considered a musical future to become musicians.

One of his star pupils, Alex Johnsen, 27, who has Down’s Syndrome, went viral after singing with the teacher on their cover of the Snow Patrol song.

‘Alex is definitely the lead singer,’ said Rob. ‘My job is to sit back and support him and help him to focus.