June 25, 2019Comments Off on Jonas Salk: The Man Who Beat Polio – Interesting Engineering02.4k 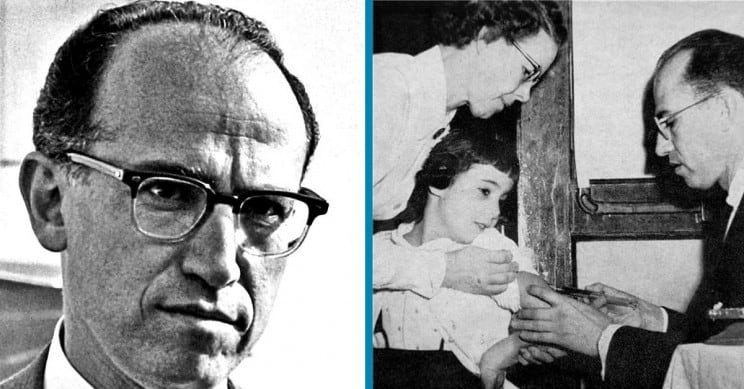 Jonas Salk became a national, and international, hero in 1955 when his polio vaccine was declared safe for general use. This event, almost overnight, put an end to the virus that paralyzed, and even, killed many children in the first half of the 20th Century.

Salk’s contributions to science and medicine made the world a better place forever. No longer would polio be a serious threat to millions of children around the world.

Jonas has become a legend in his own time and continued making significant medical developments throughout his life. He died on the 23rd of June 1995.

What inspired Jonas Salk to create the polio vaccine?

Jonas Salk became a national hero when he first developed a vaccine for the dreaded polio virus that was finally approved in 1955. Prior to this, the virus plagued the youth of many countries around the world.

Although it could affect people of all ages, children were particularly susceptible to it. The virus is very nasty and affects a sufferer’s central nervous system that can cause permanent paralysis from muscle weakness – especially in the legs.

As it happens, very young babies (between 0 and 5 months on average) benefit from a grace period as they are protected by their mother’s antibodies sometime after birth. However, and rather ironically, as medicine and hygiene improved throughout the early 20th Century, fewer newborns were exposed to the virus.

Polio, amongst other pathogens, is a frequent presence in human sewage for example. Due to this, older children polio sufferers began to become more common.

Probably the most famous polio sufferer in history was President Franklin Roosevelt. He contracted the virus at the age of 39 in 1921 and was left permanently paralyzed from the waist down.

He was but one of the thousands of other people who contracted polio the very same year. By the 1950s, cases of polio infection had risen to tens of thousands per year.

Something had to be done.

That’s where Jonas Salk heeded the call. Working tirelessly to study the virus in detail, he managed to finally develop a working vaccine.

Texting teens with type 1 diabetes could help them manage their health better – Diabetes.co.uk