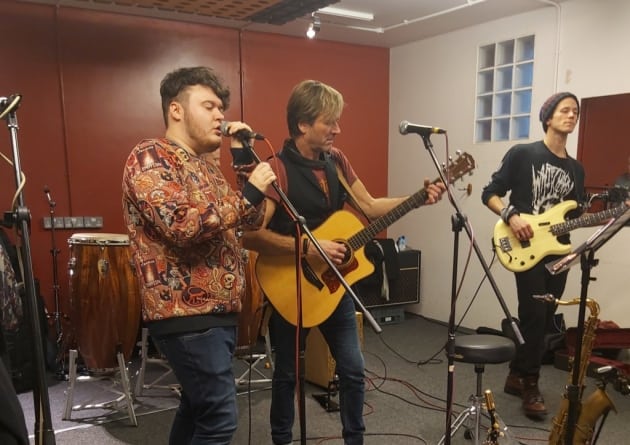 Macauley Elvin and Steve Norman rehearsed together on Tuesday, December 17 after the Ipswich singer’s rendition of Through the Barricades caught the Spandau Ballet musician’s eye Picture: KENNY ELVIN

Macauley Elvin, at just 22 years old, had the privilege of rehearsing with Spandau’s legendary instrumentalist Steve Norman after his cover of Through the Barricades was spotted on Twitter.

A friend of Steve’s spotted the video online and was so impressed they sent it on to him.

Macauley also received a message from Martin Kemp, another member of Spandau, congratulating him.

Life and living after Lyme disease - The Donegal News Next post

Here’s how a seasonal shot may prevent Lyme disease – SILive.com