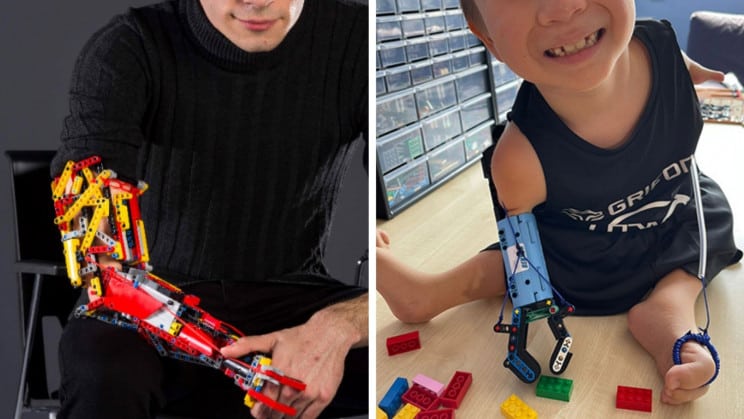 All kids love playing with LEGO bricks; while some build cars and houses, some kids go on to build prosthetics. That’s exactly what David Aguilar from Andorra did. After making headlines for his Guinness World Record in 2017 for the world’s first functional LEGO prosthetic arm, he has now built a LEGO prosthetic arm for an 8-year-old who doesn’t have limbs.

Engineering prosthetics out of LEGO bricks

Born with a congenital disease named Poland Syndrome, David was born without a right forearm. Aguilar says he was bullied in school as a young kid for being different. His condition, however, did not stop him from dreaming big; through creativity, he turned his difference into something truly authentic.

London crime: Vile crooks steal epileptic man's phone while he was having a seizure - My London Next post