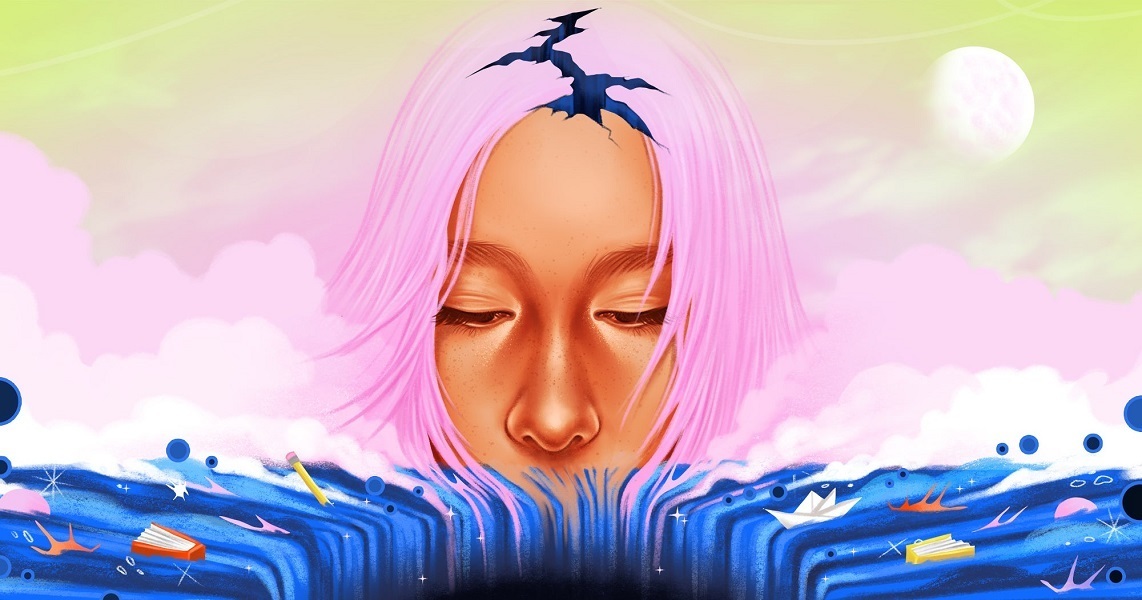 The first time I smoke weed, I am a teenager standing in a droughted riverbed with other nervous, coughing high schoolers. The first time I do ketamine, I am nearing the end of my twenties sitting in an armchair in a sterile doctor’s office with my mother holding my hand. I clutch a notebook to my chest and fish around in my purse for a pen to write down my thoughts. I babble to the technician and my mother, trying to calm my nerves. I listen to the directions: Blow your nose first, then tip your head back and spray the ketamine into your nostril while inhaling sharply. Repeat in the other nostril. Follow with another dose in five minutes. When I finish the first dose, I wonder if I’m standing on the edge of something good, something that will calm my aching brain, or if this is another shot in the inky dark of a brain injury.

Three years ago, I hit my head on the steering wheel of my boyfriend’s car and was knocked unconscious. No one is sure how long I was out but according to the police report, the emergency medical technicians found me leaning into the street, throwing up and saying my head hurt. I didn’t know, or couldn’t tell them, where I lived even though the accident had happened right in front of my apartment building. (Inside, my boyfriend slept. He would later be woken by a call from the hospital.) All I could say was that my head hurt. Medical records state that I arrived at the hospital with no knowledge of the accident. The doctor observed that I was “hysterical and fixated on letting [my boyfriend] know where [I] was.” He went on to note my history of cancer and obsessive-compulsive disorder and that I was in distress and hyperventilating. He diagnosed me with a significant concussion and intracranial hemorrhage, the latter meaning my brain was bleeding.