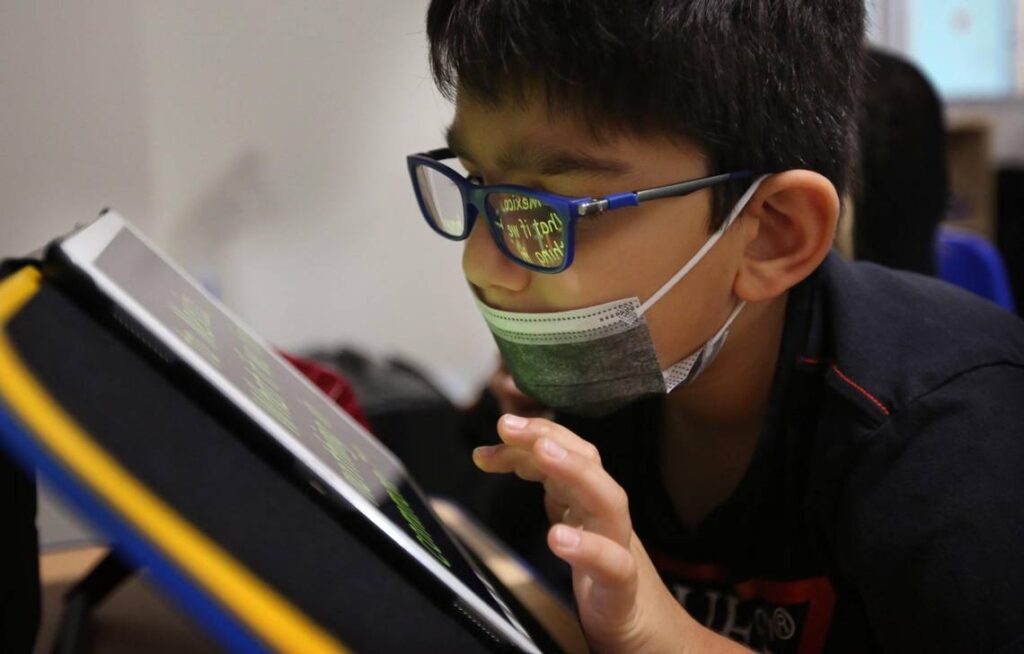 Miami Lighthouse for the Blind and Visually Impaired second-grade student, Lorenzo, reads a story aloud using an iPad with enlarged, bright yellow letters on a black background on Monday, Dec. 6, 2021. Lorenzo is a student who is part of a new initiative Miami Lighthouse is using to help kids diagnosed with CVI, the No. 1 cause of bilateral visual impairment in children in the developed world. Emily MIchot EMICHOT@MIAMIHERALD.COM

Lorenzo reads out loud from an iPad inside a classroom at Miami Lighthouse Academy. “Pete was getting more …”

He pauses, sounds out one of the large, yellow words, then starts reading again.

Francesca Crozier-Fitzgerald watches with pride. She is director of Miami Lighthouse’s CVI Collaborative and one of Lorenzo’s teachers at the school in Little Havana.

‘Bam! Incredible energy’ – how a group of performers with learning disabilities are changing dance - The Guardian Next post