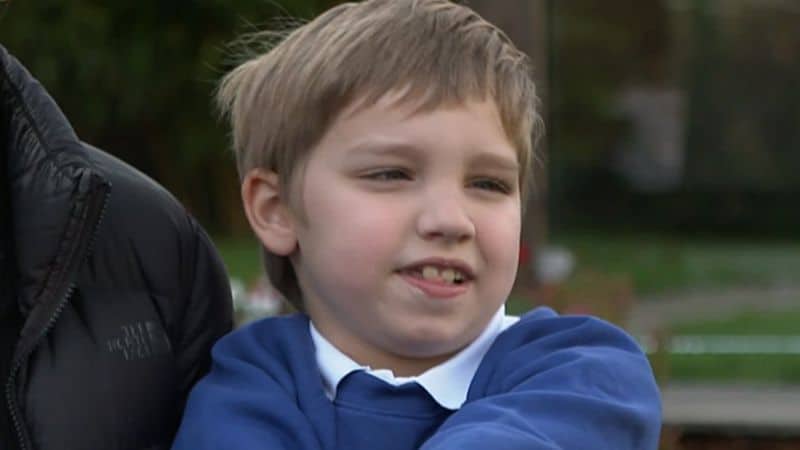 Zach Eagling started his challenge in May and competed 130 laps of his garden, without using a walking frame, on his ninth birthday in June

The mother of a nine-year-old boy with cerebral palsy targeted by trolls during a charity walk hopes a new law would “put an end” to online abuse.

Zach Eagling, who also has epilepsy, was sent messages that trigger seizures while completing 130 laps of his garden without his walking frame in June.

He and his mum Claire Keer are campaigning for online abusers to be prosecuted under Zach’s law.