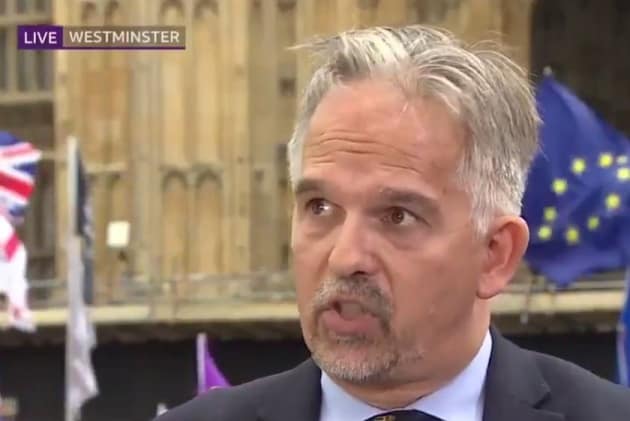 Dr Nicholls, who contributed to the Yellowhammer report, claimed that the government is stockpiling body bags in case of increased mortality after a no-deal Brexit. Picture: BBC

Interviewed on BBC’s Victoria Derbyshire show, he said: “They’re stockpiling body bags for the risk of an increased mortality rate in a no-deal Brexit.”

He also called former health minister Stephen Hammond a “secret hero” for warning the government about it in February this year.

He added: “I think that people who support a no-deal Brexit need to be aware of what level of harm they are willing to accept.”

“The government is stockpiling body bags for the risk of an increased mortality rate.

His warning comes amid several calls from health professionals to address the potential effects of a no-deal Brexit on health services, staffing and supplies.

"He has enough on his plate": Kerry teenager with Spina Bifida barred from school for having blue hair - The Irish Post Previous post