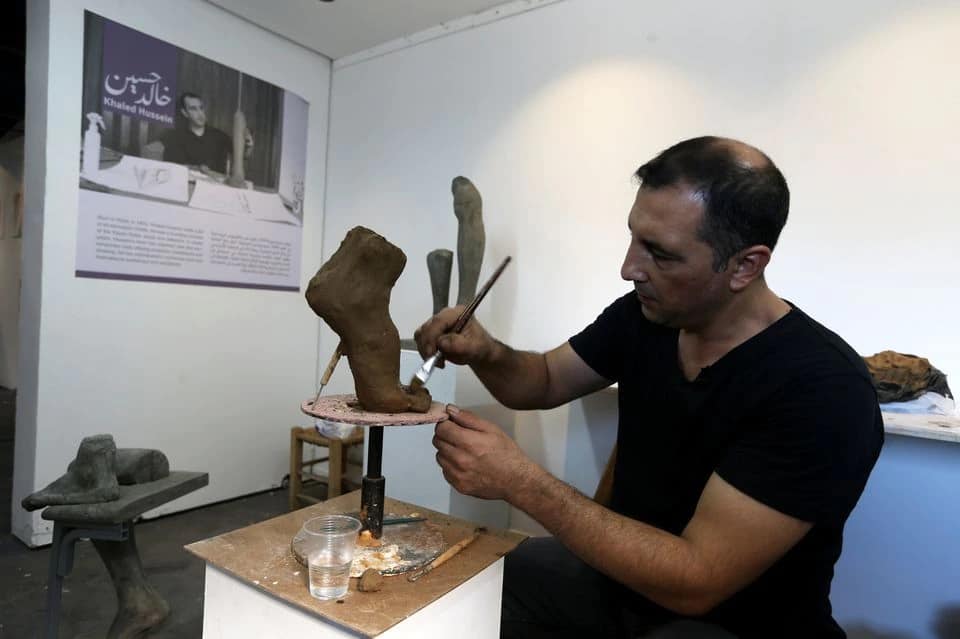 Palestinian artist Khaled Hussein works on a sculpture resembling an amputated foot in his workshop to bring attention to the plight of amputees, whose number has increased due to the ongoing conflict with Israel, in Gaza City, September 28, 2021. Picture taken September 28, 2021. REUTERS/Ibraheem Abu Mustafa

Palestinian artist Khaled Hussein’s sculptures of human limbs are on display in a Gaza exhibition he calls “I Miss You Very Much”, inspired by the loss felt by amputees, including victims of the conflict with Israel.

“There’s a great number of amputees everywhere. It has become a phenomenon, so I wanted to work on this issue and reflect it artistically,” Hussein, 46, told Reuters.

The International Committee of the Red Cross said in 2019 there were at least 1,600 amputees among Gaza’s population of two million people.Assalama Charitable Society, which cares for wounded and disabled people, said 532 Gazans had lost limbs in the conflict.