November 21, 2019Comments Off on Emmerdale’s James Moore pulled over by police after onlooker mistakes his ataxic cerebral palsy for drink driving – Heart01.1k 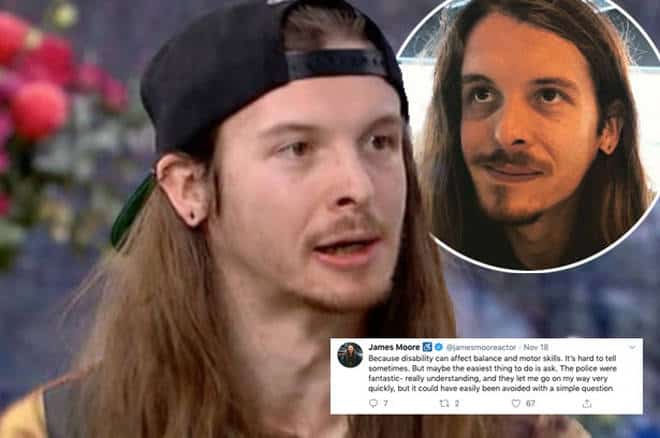 James Moore has opened up about a driving incident. Picture: ITV/Instagram

James Moore has revealed he was once accused of drink-driving after an on-looker thought he was over the limit.

Emmerdale actor James Moore – who suffers with ataxic cerebral palsy – opened up about the incident in a message to his Twitter followers.

Supporting a campaign run by charity Ataxia UK called ‘disordered not drunk’, he started: “I went for a meal with my girlfriend, and as I was walking back to my car, someone apparently unbeknownst to me, called the police.

Henry Slade: I’m proof that having diabetes doesn’t stop you doing what you want to in life – Evening Standard

Scottish research could ‘reverse effects of multiple sclerosis’ – The Scotsman