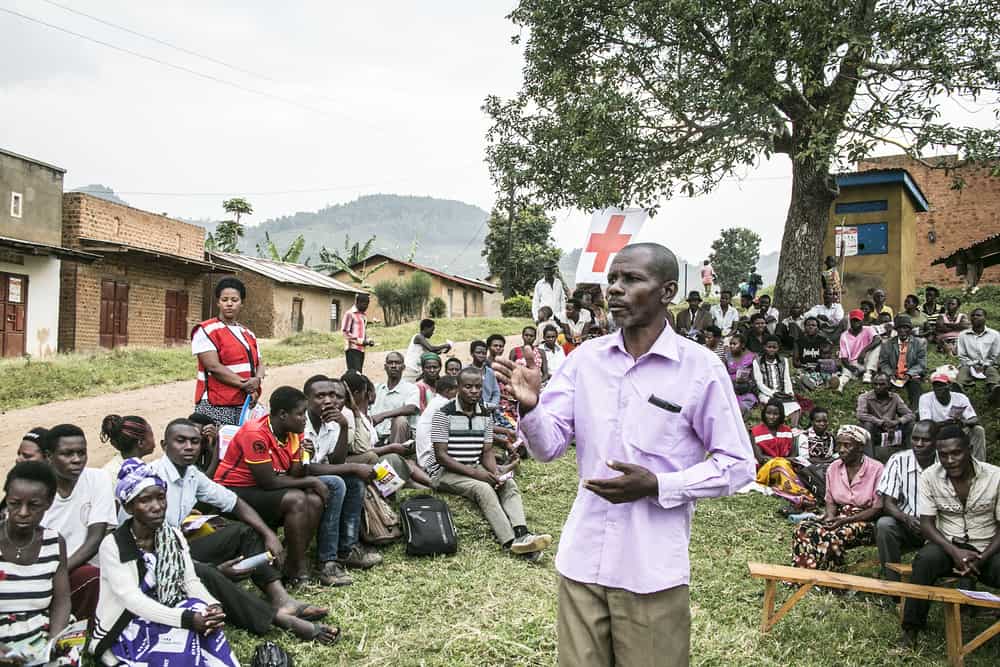 Escalating the threat level of the latest Ebola outbreak may shake loose funding the World Health Organisation says has been lagging. After a first case in the major city of Goma, near the Rwandan border, the WHO this week declared the outbreak a Public Health Emergency of International Concern, or “PHEIC”. Despite receiving only $44 million of the $98 million needed for the response, WHO Director-General Tedros Adranom Ghebreyesus said the measure wasn’t enacted to boost funds. Michael Ryan, WHO’s emergencies chief, said a new operations budget “would be in excess of $233 million”. Pledging an additional $63 million, Rory Stewart, the UK’s secretary of state for international development, has urged francophone countries to contribute more. More than 1,650 people have died over the past year in what is now the second deadliest outbreak ever. Conflict and targeted attacks on the response have thwarted containment efforts, with two more Ebola workers killed last week.

The Ethiopian government has sidestepped a fresh challenge from its restive regions. Sidama activists had announced they would unilaterally declare a new regional state in the south of the country on Thursday. A potentially bloody confrontation was avoided when activists accepted a last-minute offer from the government to hold a referendum within five months. Prime Minister Abiy Ahmed’s promise of wide-ranging reforms has emboldened minorities, and Ethiopia has been rocked by ethnic conflicts. A new report argues that the road to democracy requires security and a strong state, alongside an opening of political space under the guidance of a reformed ruling party. “Control needs to be reasserted in the face of contending ethnopolitical forces,” it says, calling for a radical re-organisation of the ruling party (itself being pulled apart by contending ethnic constituencies) to achieve internal agreement on a new democratic vision. See our Ethiopian coverage here.

It has been a tough year for anti-polio efforts in Pakistan: cases are rising, vaccinators have been shot and killed, and a nationwide round of vaccinations was suspended. This week, health authorities confirmed 45 polio cases in 2019, after recording 12 all of last year. While incendiary rumours and vaccine refusals are often blamed, there’s also mounting scrutiny of Pakistan’s anti-polio efforts. This month, a top polio official acknowledged that vaccination data – the country’s polio eradication programme claimed 99 percent coverage – was essentially false. In some cases, vaccination teams allowed sceptical parents to falsely claim their children had been vaccinated instead of reporting the refusals, which would have triggered police action. “Polio eradication drives had been misreporting their own effectiveness,” Babar Atta, a political appointee on polio eradication, wrote in an opinion piece in Dawn, a national newspaper. Atta said the programme will step up efforts to counter community mistrust. An October report by the Independent Monitoring Board of the Global Polio Eradication Initiative offered a stark assessment: “The Pakistan Polio Programme is fooling itself into thinking that it has made any progress at all”.

Officials have begun taking down Arabic-language shop signs in parts of Istanbul, to comply with countrywide regulations that require 75 percent of the writing on signs in Turkey be in Turkish. Signs have also been removed in Kilis, a city near the Syrian border that has a large Syrian refugee population. Politicians from various parties have been ramping up the pressure on Turkey’s 3.6 million Syrian refugees to return home, and there are inter-communal tensions too. Late last month, several Syrian-owned businesses in Istanbul were ransacked, reportedly after a false rumour spread on social media that a Syrian man had sexually assaulted a minor. Despite all this, and a border that is closed to refugees, Syrians with no place else to go are still trying to flee the escalating violence in and around the northwest province of Idlib by crossing over a heavily guarded fence into Turkey.

Skype appointments for Parkinson's, MS and motor neurone disease could save the NHS £10m - Yorkshire Post Next post