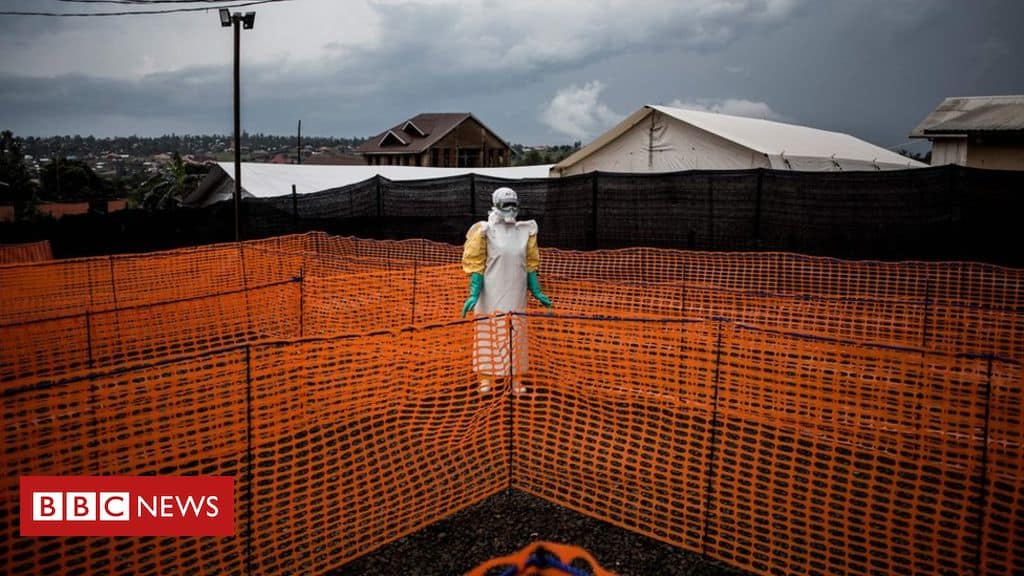 More than a quarter of people surveyed in Ebola-hit areas of the Democratic Republic of Congo told researchers they do not believe the disease exists.

Some 36% of respondents also believed that the disease had been fabricated to destabilise the country.

The authors of the study said this mistrust was a factor in prolonging the epidemic.

The current outbreak started in August and more than 600 people have died, according to the health ministry.

More than 1,000 people have contracted the virus during the current outbreak, which is the second-largest ever recorded.

The study for journal, Lancet Infectious Diseases, surveyed 961 people in the central Congolese cities of Beni and Butembo.

Election officials cited the Ebola outbreak as a reason to cancel the December presidential elections in the affected regions.

Why don't people trust the authorities?

Distrust contributed to four violent attacks on Ebola treatment and transit centres in the past month, reports the BBC's Gaius Kowene from the capital, Kinshasa.

The lead author, Patrick Vinck, from Harvard Medical School, told the BBC's Newsday programme that people don't trust the authorities due to decades of conflict and this has an impact on the disease spreading.

"The lack of trust combines with the epidemic to really make people not want to follow advice, not want to listen to what authorities have to tell them to prevent the spread of the epidemic," he said.