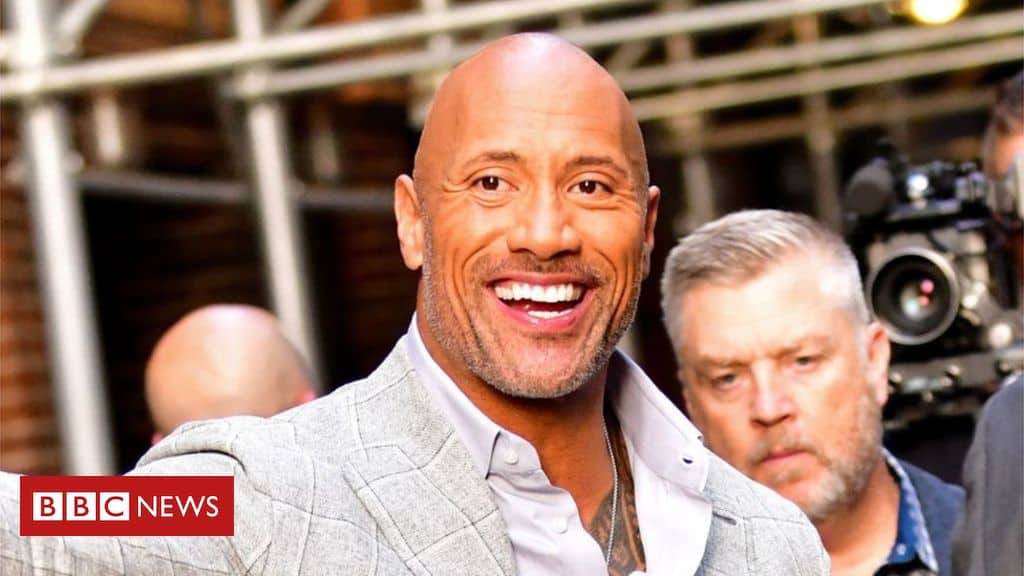 The father of a girl with Down's syndrome said it was "really cool" for actor Dwayne "The Rock" Johnson to send her a message on Twitter.

The Hollywood star, who voiced Maui in the film Moana, told Rosie to "stay strong" after her father wrote that the film was one of her favourites.

Jason Kneen, from near Ludgershall, in Wiltshire, originally posted a photograph of his daughter smiling.

He said it was "insane" that the tweets had gone viral.

"My child has Down's Syndrome, what should I expect?"

After posting the "really lovely" picture of his daughter smiling, Mr Kneen then wrote more about his daughter, including the fact that she was obsessed with the film Moana.

Dwayne Johnson spotted the messages and tweeted "Look at this lovely cookie. Stay strong Rosie! Uncle Maui loves ya. What can I saaaaayy except you're welcome."