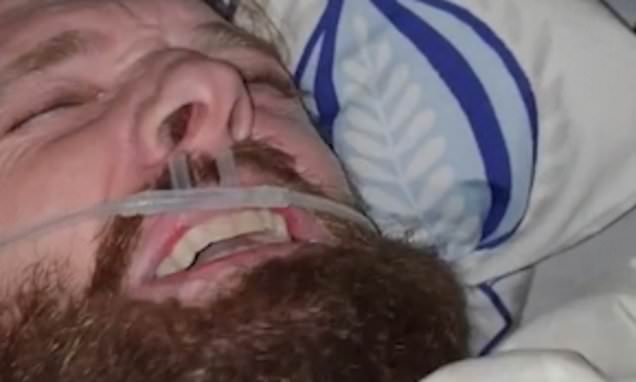 A distressing video shows a father writhing in agony after he caught Lyme disease while working for a charity in Tanzania.

Mr St Julien soon started to feel run down but dismissed it as a cold and the pressure of his high-intensity career.

Years later, in October 2017, he started to collapse randomly, leaving him unable to eat or walk for days at a time.

Desperate, Mr St Julien flew back to Europe early last year, where he was diagnosed with Lyme disease – a bacterial infection spread by ticks.

He underwent an experimental treatment called apheresis in Germany, which involves removing, filtering and reinfusing a patient’s blood to remove toxins.

Mr St Julien felt well enough to fly back to Tanzania in January. However, after just a week of working, he developed excruciating pain and has been virtually bedridden ever since.