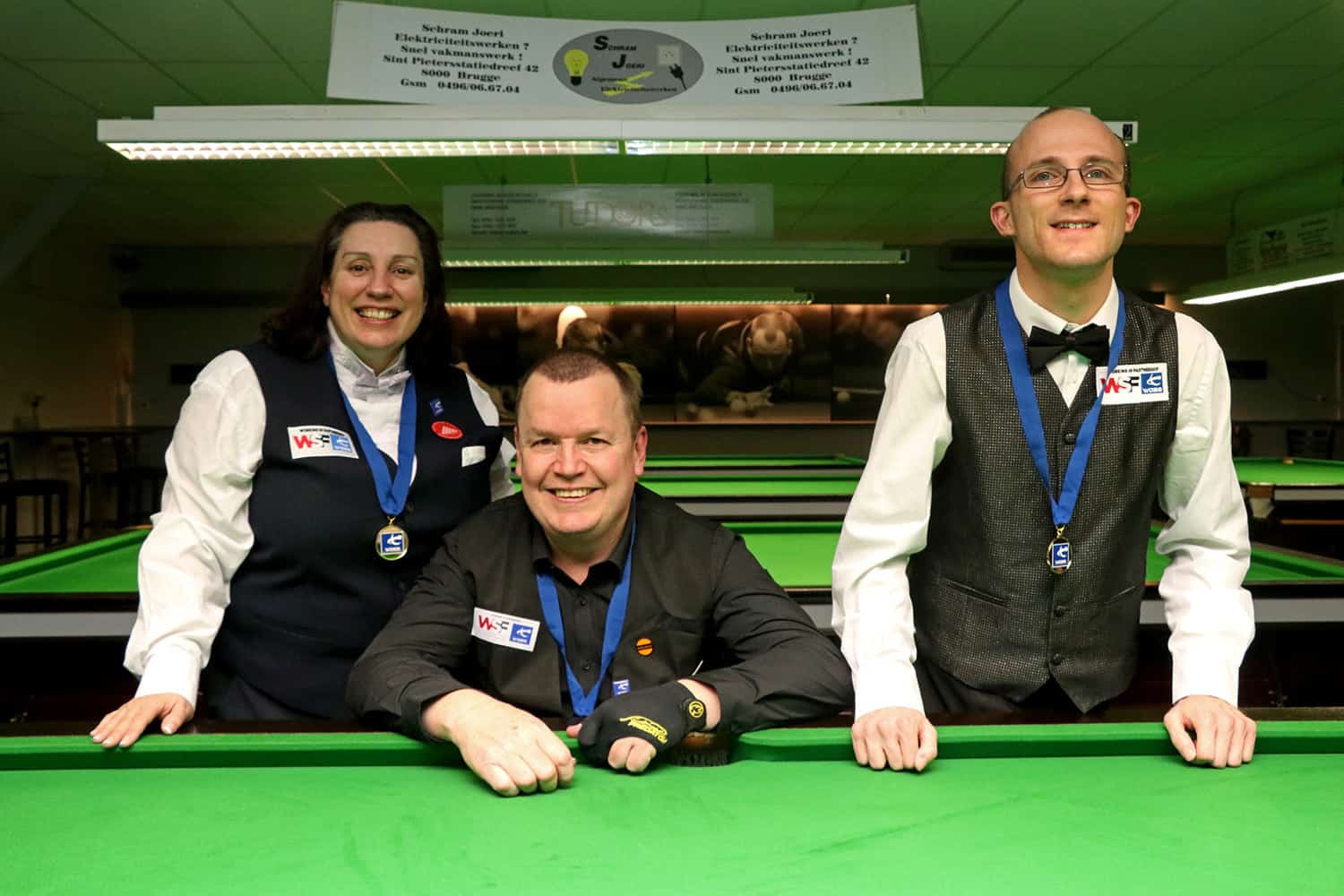 World Disability Billiards and Snooker (WDBS) returned to Belgium for the second staging of the WDBS Belgian Open last weekend.

Held at the Trickshot club in Bruges, the event attracted entries from the UK, Belgium and India with a variety of physical disabilities to compete for the latest silverware on the WDBS Tour.

The opening day saw both players claim back-to-back wins in a four-player group stage, Southern notably claiming a deciding-frame victory against Shahab Siddiqui on the colours to ensure that he would progress to the title match.

With the final round-robin match between the pair effectively a dead match, the pair were given the opportunity to contest an extended best-of-nine frame final to decide the champion.

It would prove to be a final full of drama with each of the opening two frames being settled on the final black, with the scoreline progressing to 2-2 at the mid-session interval.

From there however it would be all Southern as he edged two close frames to move one away from the title at 4-2 up, before sinking a tournament-high break of 42 in what would prove to be the final frame to take home the gold medal.

While there was a new winner crowned in the wheelchair competition, the Groups 4-5 event for players with ambulant disabilities saw a familiar face emerge victorious as Daniel Blunn claimed a record eighth WDBS title.

Having dropped one frame in the group stages to David Moore, Blunn progressed to the final with knockout victories against Olivier Biernaux and David Church, the latter in a repeat of last year’s final in Belgium.

There he would face India’s Raja Subramanian, himself a two-time WDBS champion and competing in his first competition since the 2016 Open Disability Snooker Championship. Previously undefeated in WDBS play, Subramanian maintained his flawless record by coming through the round-robin stage without the loss of a frame, before defeating Gunter D’Hondt and Welshman Ben Rawson to set up a clash of the titans in the final.

As with the wheelchair final, the decisive match would initially prove to be a closely contested affair, Blunn taking each of the first two frames on the pink to move two ahead with a possible three to play.

Ultimately however the 27-year-old from Sutton Coldfield would save his best until last, dominating the third and final frame with a top break of 35 to seal his third consecutive WDBS title following previous wins at the Northern Classic and Champion of Champions tournaments.

Blunn also made the high-break in his classification group with an excellent run of 55 during his quarter-final mtch.

The Challenge Cup competition for players not qualified for the knockout rounds was contested between Danielle Findlay and Phil Woodwiss. Although Woodwiss was competing in his second Challenge Cup final in the space of a month following success at the Northern Classic, as in 2018 it would prove to be Findlay’s day as she repeated her success from last March with a 2-0 victory.

Once again WDBS would like to thank club owner Olivier Vandenbohede and his team at The Trickshot for their generous hospitality during the three-day event. We would also like to thank all of the players who made the trip to Bruges as WDBS continues to expand outside of the UK.