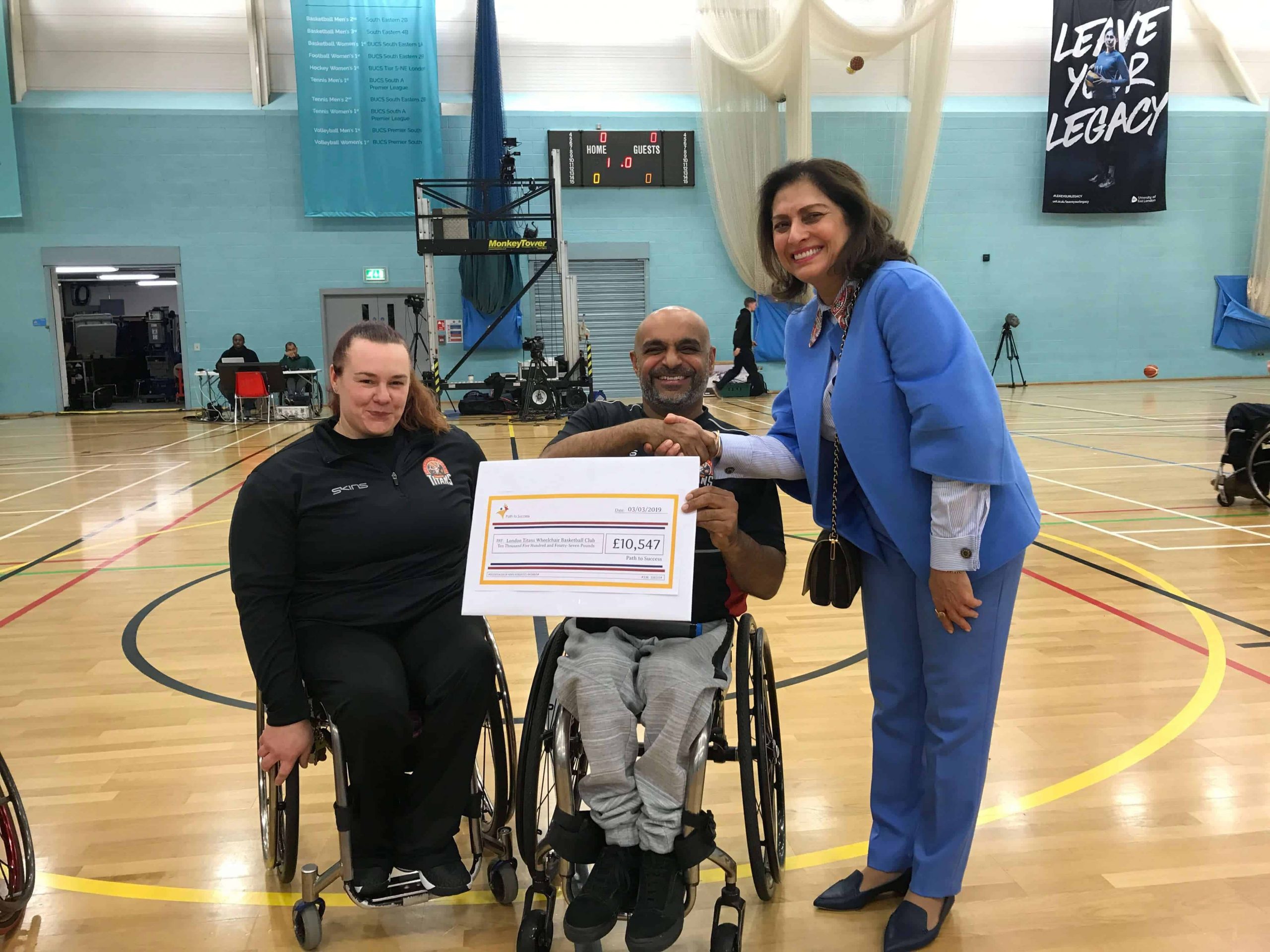 London Titans Wheelchair Basketball Club have been presented with a five figure cheque by a leading disability charity to fund their forthcoming European exploits.

Ahead of their most recent match against the Owls, the capital’s premier Wheelchair Basketball team received over £10,500 in a charitable donation from Path to Success, the leading UK disability charity.

The money will be used by the club to fund their attendance in the European Cup next week. It caps a historic few days for the Titans, who had their match against the Owls streamed live on the BBC Sport website for the first time in their history.

This is the third consecutive year that Path to Success has raised funds to support London Titans. This week also marks the first anniversary of their exciting Path to Tokyo 2020Campaign, which provides funding to female athletes in four disability sports who fall outside of central funding, as they pursue their dream of representing GB in a Paralympic Games.

Path to Success Founder Anita Choudhrie said:
‘We are proud and excited to present London Titans with this donation, and we look forward to watching the Titans show the rest of Europe what the UK is capable of. Creating an environment where disabled athletes can get together and compete is crucial to our mission as a charity, and we will continue to support worthy causes like this one.’