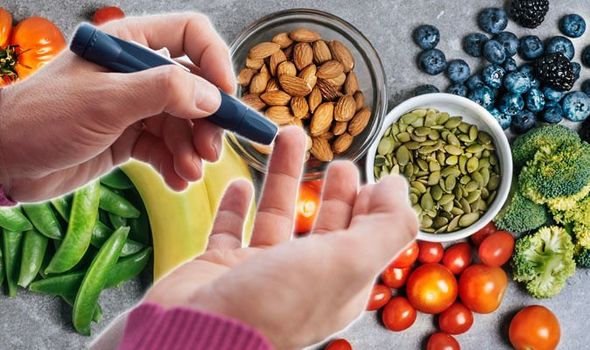 Diabetes is a common condition that affects almost four million people in the UK, and nine out of every 10 cases are caused by type 2 diabetes. The condition is caused by the pancreas not producing enough of the hormone insulin, or th body not reacting to insulin. You could lower your chances of developing diabetes symptoms by making just a few changes to your daily diet. One of the best ways to avoid high blood sugar is to eat more raspberries, it’s been claimed.

Raspberries are a diabetes “superfood” that could help to lower your blood sugar levels, revealed medical website Diabetes.co.uk.

They contain antioxidants, known as anthocyanins, which boost insulin resistance and insulin sensitivity.

Eating around 160mg of anthocyanins, twice a day, could lower your fasting blood sugar levels by as much as 8.5 per cent, it said.

“There are certain foods that provide huge health benefits for people with diabetes. They are often known as ‘diabetes superfoods’,” said Diabetes.co.uk.

“Although many of these foods offer significant health benefits for people with diabetes, they should not be relied upon entirely.

PrevPrevious‘A life changer’: How 1 invention is helping kids with cerebral palsy experience running – TODAY
NextIs My Memory Loss Due to MS, Aging, or Something Else? – Multiple Sclerosis News TodayNext