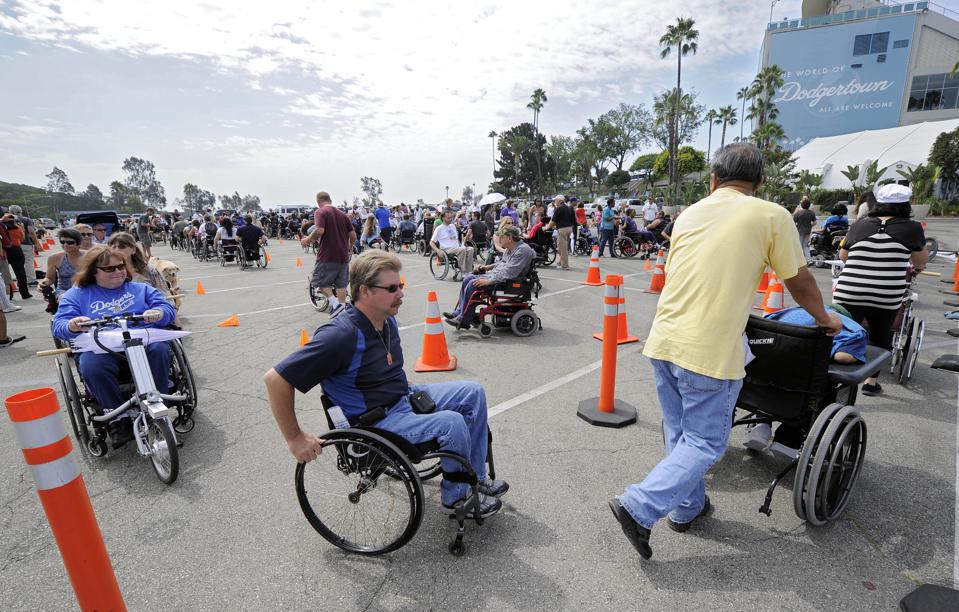 People roll by in wheelchairs as they set a Guinness World Record for the highest number of people in wheelchairs moving in a line to commemorate the 20th anniversary of the passing of the Americans With Disabilities Act as Dodger Stadium sits in the background, Sunday, July 25, 2010, in Los Angeles. (AP Photo/Mark J. Terrill) ASSOCIATED PRESS

Many people with spinal cord injuries (SCI) have special concerns related to getting the Covid-19 vaccination. This week I spoke on a panel addressing some of those concerns. I had been invited by John Michaels, a former patient who I have known for 27 years. As is true with many with SCI, John dove into a swimming pool when he was 18, instantly becoming quadriplegic from a C6-7 injury.

John, however, showed a remarkable drive and spirit which I have only rarely seen. He completed college with degrees in sociology and psychology and now works full-time as assistant director of Resources For Independence, as well as holding other jobs. [In speaking with John again, I learned of one tangentially related problem someone with disabilities faces. John, and many other people with disabilities, receive their health benefits through Medicare and Medicaid. In Maryland (and some other states), there is a waiver (Employed Individuals with Disabilities) allowing the person to work and still receive benefits. John would like to get married. But if he does so, he will lose his health benefits, because of limits on his spousal benefits. How punitive is that irrational policy?]