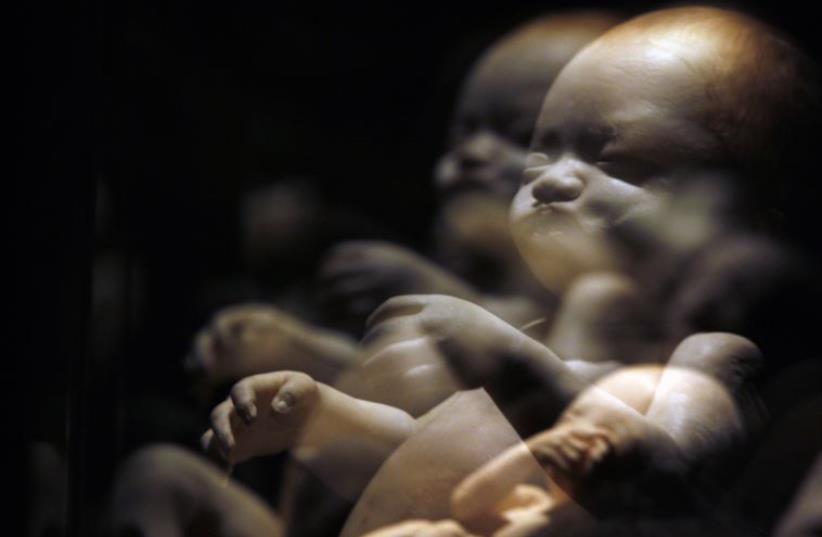 A plastinated fetus is seen during the exhibition “Body Worlds” by Gunther von Hagen in Rome
(photo credit: REUTERS)


Surgeons in the UK have been helping babies with spina bifida avoid a life of paralysis with a surgical procedure that is carried out before the baby is born, Sky News has reported.

Some 32 of these surgeries have been performed, sometimes requiring as many as 30 doctors, according to the UK’s National Health Service.

The condition occurs when the spinal cord and back bones fail to form properly as the fetus develops and this can have devastating consequences. According to UK health officials, operating on babies during the late second, or early third trimester has produced better results than waiting until the baby is born before performing the surgery.