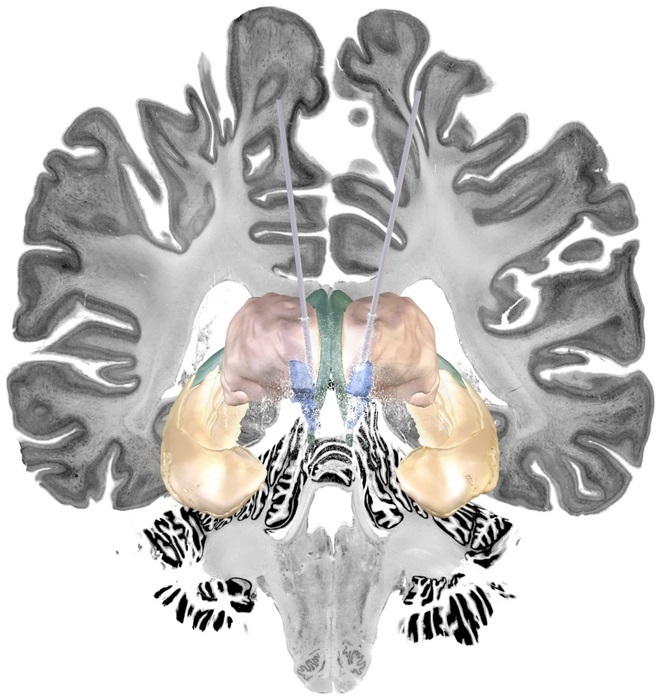 Alzheimer’s disease is the most common cause of dementia, but it is not easily treatable. One potential therapy is deep brain stimulation delivered by a kind of pacemaker. A team of researchers at Charité – Universitätsmedizin Berlin has found that stimulating a specific network in the brain of Alzheimer’s patients reduces their symptoms. The researchers hope the findings, which appear in Nature Communications*, will pave the way for further studies.

Deep brain stimulation (DBS) is a form of therapy that is already approved in Germany for treating neurological movement disorders such as Parkinson’s disease and dystonia, and neuropsychiatric diseases such as obsessive-compulsive disorder. Very thin electrodes are implanted in the patient’s brain and constantly deliver mild electrical pulses to a specific region. The electrodes remain in the brain permanently and are connected via wires that run under the skin to a pacemaker-like device implanted in the chest area. The device is used to adjust the strength and frequency of the electrical stimulation.