Boy, 14, who survived a STROKE was told he would never walk, talk or eat again – Daily Mail

Boy, 14, who survived a STROKE was told he would never walk, talk or eat again – Daily Mail 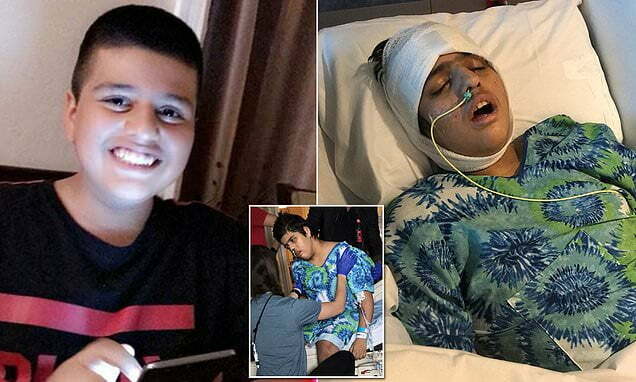 A 14-year-old boy who suffered a shock stroke was told he would never be able to walk, talk or eat again - but he has proved doctors wrong by doing all three.

Joseph Long, of Phoenix, Arizona, was at home with his four sisters and aunt, while his mother was out picking them up a takeout dinner on September 28.

But shortly before she got back, Joseph came downstairs from his room, said he wasn't feeling well, then immediately passed out.

He came to, then vomited and passed out again.

They called 911, and he was rushed to hospital.

The staff stabilized Joseph's condition and he was airlifted to their local children's hospital where the on-call doctor suspected he'd had a stroke triggered by a brain aneurysm.

Despite six hours of surgery, doctors said the damage was so great that Joseph would be disabled for life.

But against the odds, the spritely teen is now walking, talking and eating