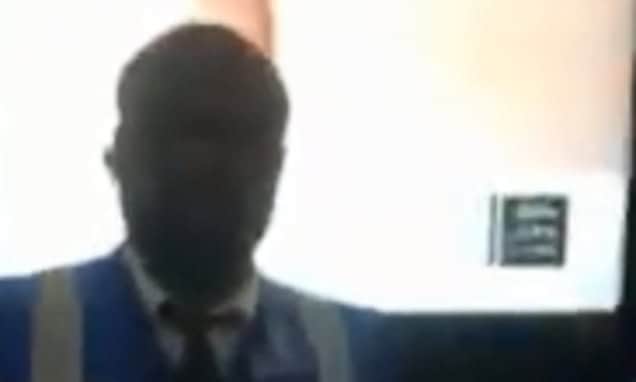 This is the moment angry shoppers confronted a security guard who told a blind man with a guide dog to leave a popular shopping centre.

In the video, filmed on Saturday at Bluewater in Kent, a female shopper can be heard saying 'you do know they're allowed everywhere?' before the blind man said he would carry on shopping.

Meanwhile, the security guard who asked the man to leave turns around so his back is facing the camera.

Pauline Letchford, 61, was shopping with her family when she realised what was happening.

She said: 'The man's wife was going into the shops. We noticed the dog because it was so beautiful. He just stood by the barrier and never took the dog into a shop.

'We then noticed the security guard started to follow them and then he said "you've got to leave, you can't have a dog in here".

'The man and his wife politely explained that he was blind and he was allowed to be with a dog. It was awful that he was being targeted like that. I felt so sorry for him.'