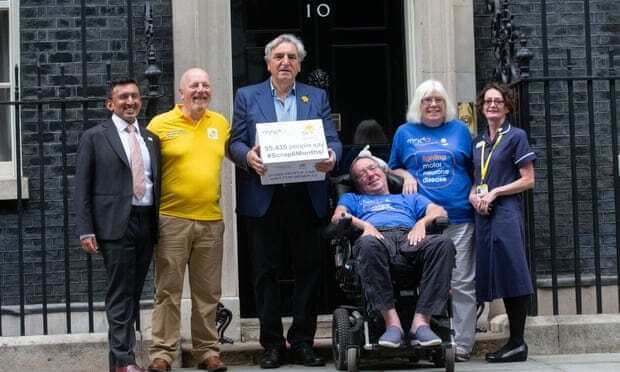 The actor Jim Carter and others handing a petition to Downing Street in 2019 urging a law change to enable more terminally ill people to get quicker access to benefits. Photograph: Mark Thomas/Rex/Shutterstock

More than 100 people a month are dying within six months of being rejected for disability benefits, and many are spending their final weeks fighting in vain for social security support, say campaigners.

The Marie Curie and the Motor Neurone Disease Association charities have called for an urgent review of Department for Work and Pensions rules after official data revealed that in an 18-month period 1,860 people in the UK died within six months of their claim for disability benefits being turned down. In the same period, 280 people died within six months of having had their disability benefit applications rejected, despite them claiming under rules specifically designed to get fast-track support to terminally ill people.

4 types of epilepsy, their symptoms, and treatments – Medical News Today

Wellness expert: Meditation could be the key to fighting Fibromyalgia – KMVT

Health: Asperger’s doesn’t embarrass me… I think of it as my superpower – The Sunday Post