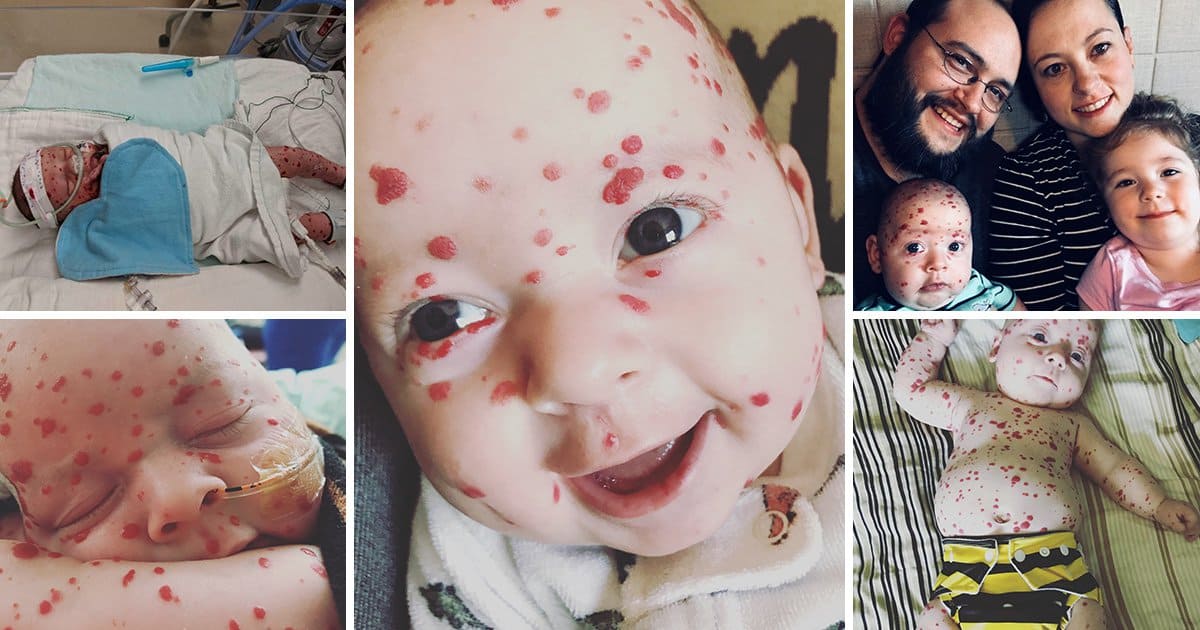 A mum has told of how her baby survived a stroke when he was born and the joy of finding out that his spots were only birthmarks.

Meagan Wight, from Alberta, Canada, was rushed into an emergency C-section, just 32-weeks into her pregnancy, after an ultrasound scan showed a bright spot on her son Dominic’s liver.

The first glimpse she had of him, Dominic was blue, covered and red spots and he wasn’t crying, with doctors warning her that he may never wake up.

The 32-year-old told of her panic: ‘I thought the worst, but then he let out the weakest cry. I saw him only out of the corner of my eye as they rushed him to the neonatal intensive care unit.

‘I dragged myself from my bed to a wheelchair. I could hardly see him under all the wires and tapes. They had no clue what was going on, so every possible machine was hooked up.’

The following morning, Meagan and her husband Jarrod’s ‘world fell apart’ when they were told their son had an arteriovenous malformation (AVM), a tangle of abnormal and poorly formed arteries and veins.

She explained: ‘We were told immediately that his liver had an AVM, which was causing high output cardiac failure. He was severely jaundiced and there was fluid around his lungs.