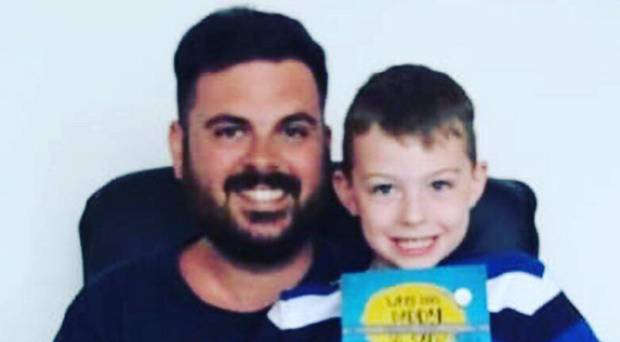 A man with Asperger's syndrome has written a book about how he struggled with becoming a father, in the hopes of giving an insight into how adults cope with the condition.

Jude Morrow (27) was diagnosed with Asperger's, a form of autism, when he was 11, but with the help and support of his parents and schools, by the time he left university he thought the worst was behind him.

When his son Ethan was born nearly six years ago, Jude realised he was not coping as well as he had imagined.

Years later, his little boy started to notice he was struggling.

"I was diagnosed with Asperger's when I was around 11," Jude explained.

"When I was at school, I learned coping mechanisms that included planning my day and knowing what to expect.

"I wrote lists and I wrote things down in books, and I still do that.

"It (his Asperger's syndrome) isn't something that has gone away, but I did have support right up until I was 18.

"I thought Asperger's was something I had grown out of and left behind, but when I found out Ethan was on the way, the behaviours I thought I had left behind came back.

"I was two weeks away from my 23rd birthday when Ethan was born. It is very difficult for me to describe emotional responses, so I wrote them down, which is one of the main reasons I wrote the book.