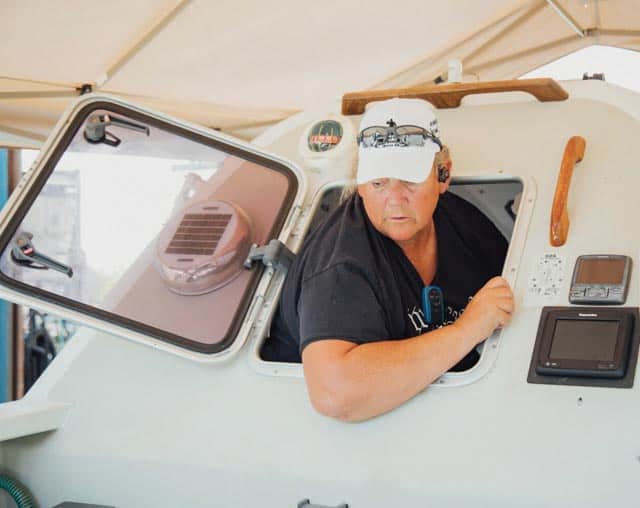 Three-time Paralympian, Marine veteran and legendary long-distance rower Angela Madsen was declared dead by the Coast Guard at 11 p.m. on Monday, June 22, 2020. Her body was found tethered to her ocean rowboat approximately 1,280 miles away from where she departed on her quest to row solo from California to Hawaii.

“If successful, this will be a trifecta for a solo Pacific rower,” wrote Madsen in her blog. “The first paraplegic. First openly gay athlete. And oldest woman to do a solo crossing.”

Madsen departed Marina Del Ray on April 24 in her custom-built 20-foot oceangoing rowboat, Row Of Life, and headed toward Honolulu, Hawaii. The 2,500-mile ocean journey was expected to take up to four months. Updates in her online blog said that she had been fighting strong winds and difficult seas, but was in great spirits and enjoying the challenge, taking time to appreciate her 60th birthday on May 10.

Madsen is well known in the adaptive sports community, having competed in three Paralympics. Her sports were rowing, javelin and shot put, and she earned a bronze medal in the latter during the 2012 London games. She was happy to share her knowledge and would bring Row Of Life to the Abilities Expo to give demonstrations and share tales of her adventures, always with enthusiasm and a beaming smile.

“Angela had an amazing generosity of spirit and would show up wherever, whenever she was asked to help out,” says Annie Desalernos, athlete liaison and executive committee member at Valor Games Far West. “When we did events for veterans with disabilities through Paralympic Sport Sacramento, she would load up her sprinter van with adaptive track and field gear and she and her wife, Debra, would drive up to Sacramento from Long Beach. Debra was a constant help and captured the events through her excellent photography, and Angela would teach and coach shot put and javelin. They were an amazing team, always in good spirits and extremely funny.”

Disabling transport: only 31% of London Underground stations are fully accessible