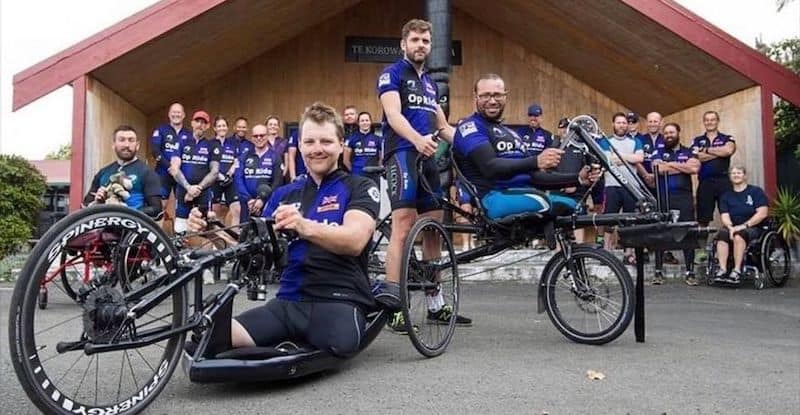 10 amputee veterans joined firefighters to ride from John O’Groats to Lands’ End in support of a comrade with motor neurone disease.

The operation is to fund and raise awareness for both motor neurone disease (MND) and charity Pilgrim Bandits – who organise gruelling expeditions for injured service and emergency personnel, many of whom are amputees or have PTSD.

Pilgrim Bandits teamed up to run the expedition, Operation Ride UK, with veteran and ex-firefighter John Chart, who was diagnosed with MND.

John Chart was just 48-years-old when he was diagnosed with MND in July 2019. MND is a fatal and incurable neurodegenerative disease, with a life expectancy of three to five years of symptom onset. Six people a week die from the condition and another six are diagnosed.

As a firefighter for 26 years, John said he was ‘devastated’ by the diagnosis but determined to fight it. For the challenge, John has been using a specially adapted tandem and will be riding with various companions including his 14-year-old son Christopher and his wife Arlene.

Accessible Housing for Disabled People – how accessible is it? – Branch Properties

How to fundraise if you have a disability – Disability Horizons