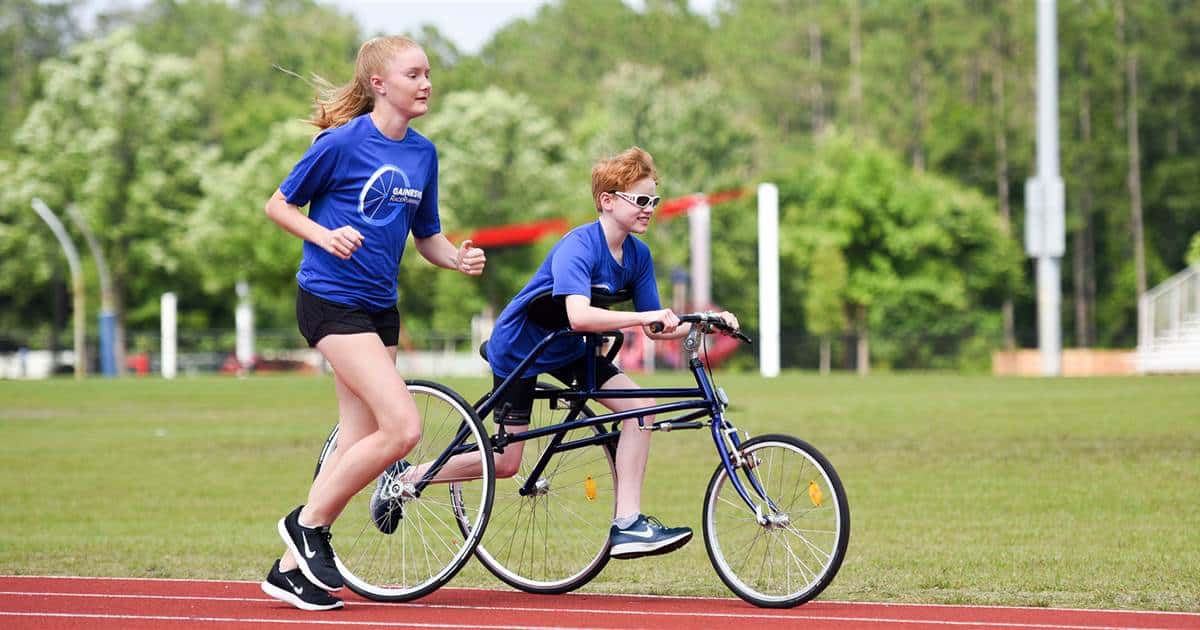 Running. There's a feeling of speed and weightlessness to it, a feeling 13-year-old Sayers Grooms thought she’d never experience in her life. That is, until she got a RaceRunner, a custom-built tricycle without pedals that helps people with disabilities walk and run.

Sayers of Gainesville, Florida, was born with ataxic cerebral palsy. According to the Centers for Disease Control and Prevention, cerebral palsy (CP) is a group of disorders that affect a person's ability to move and maintain balance. It's caused by abnormal brain development or damage to a developing brain. Ataxic cerebral palsy is a less common form, and leads to problems with coordination.

Sayers has never let CP limit her goals. From a young age, she’s been interested in movement, playing soccer and enjoying the outdoors. She’s also very independent. When she was four years old, she refused to use her walker, and still tries to avoid using it when possible.

“She has had a keen interest in movement and mobility since the very beginning,” her mother, Mary Grooms, told TODAY. "As she got older, she figured out the walking thing, but couldn't figure out the running thing, that was difficult for us to watch.”

When Sayers was seven years old, she expressed an interest in one day playing in the Paralympics.

“At that time she had already been participating in soccer for several years, she had tried adaptive soccer, but she really preferred to hang out and play with the typical kids; but speed has always been a challenge for her and certainly was back then,” Grooms said.

PrevPreviousStalker, 34, is locked up after bombarding Paralympic TV host with Instagram messages – Daily Mail
NextDiabetes type 2 – the ‘superfood’ snack you should be eating to avoid high blood sugar – ExpressNext